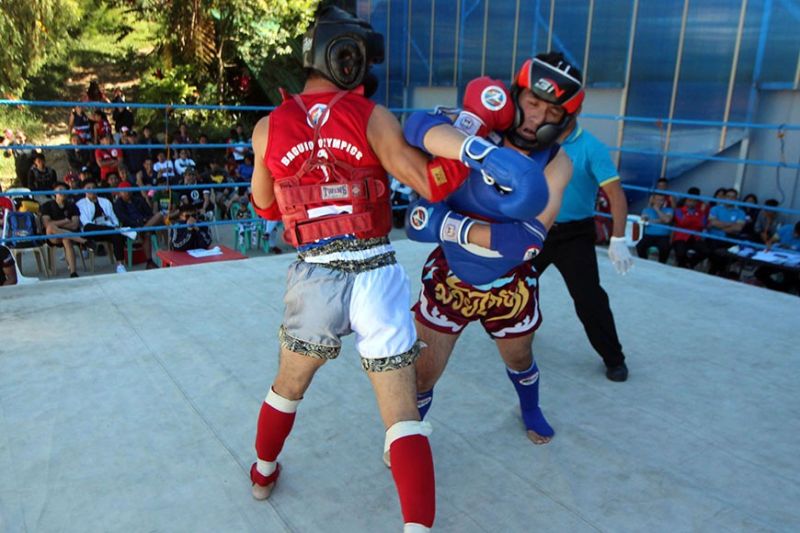 BAGUIO. At least 100 Muay Thai practitioners from all over Cordillera and nearby regions are expected to join the tournament set February 28 to March 1 at the Baguio Athletic Bowl organized by Baguio Olympics. (Photo by Jean Nicole Cortes)

MORE than a hundred Muay Thai practitioners are set to see action in the tournament hatched by Baguio Olympics set February 28 to March 1 at the Baguio Athletic Bowl.

Coach Cricket Villareal said the event is the first for the year supervised by the Muay Thai Association of the Philippines in partnership with the City Government of Baguio and Tribal Submission Philippines Team Torogi Gym.

Coach Brent Velasco added they are expecting all Muay Thai practitioners from the Cordillera region and nearby Regions 1 and 2 to join the three day competition.

“We’re expecting more than a hundred to join the event. This is open for all,” said Velasco, a former Philippine national Muay Thai team member and coach.

Velasco added the tournament hopes to gather talents from the grassroots.

Villareal said with a national sports association backing the event, they hope to attract more participants in one of the fastest growing sport in the country.

“Most of our Philippine national team are raised in Baguio or Cordillera that has represented the country in SEA Games and other international events,” he added.

Villareal added trophies and medals will be at stake in the different age group categories.

The tournament is also expected to draw participants who will compete in the upcoming Cordillera Administrative Region Athletic Association.

Muay Thai will be played as a demo sports according to Georaloy Palao-ay, information officer of the Department of Education–Cordillera (DepEd–CAR) said during a recent press conference in Baguio.

“This is a strategic preparation for us as we anticipate that Muay Thai may soon become a regular sport in the Palarong Pambansa,” said Palao-ay. “The inclusion of Muay Thai is for us to get better. The earlier we prepare, the better. We also develop our athletes and coaches,” added Palao-ay.

He cited the inclusion of wushu and wrestling as regular sports event in the annual regional meet, years before they became a part of the overall medal count in the 2017 edition of the Palarong Pambansa helped in the region’s over-all standings.