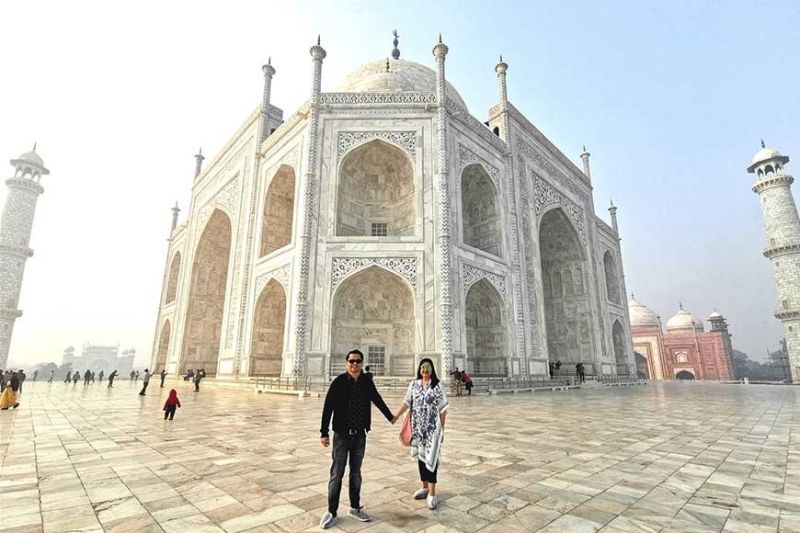 Back view of the Taj Mahal overlooking the Yamuna River. (Photo by Grace M. Avanzado) 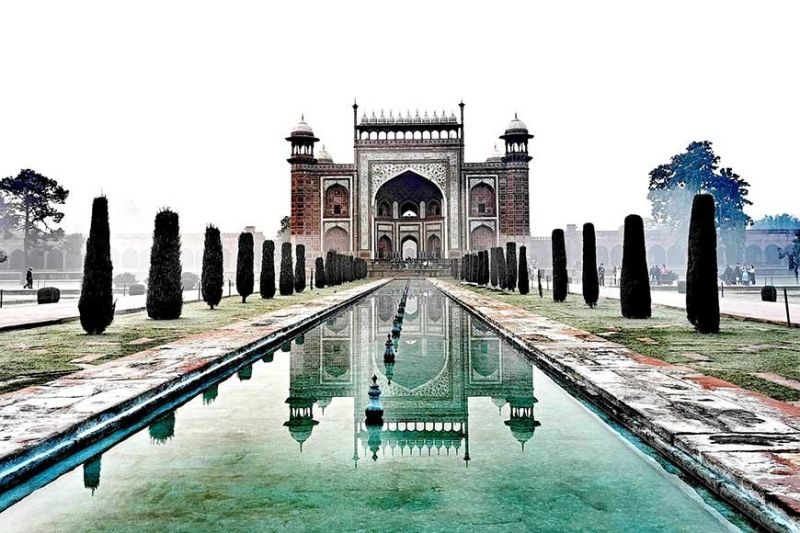 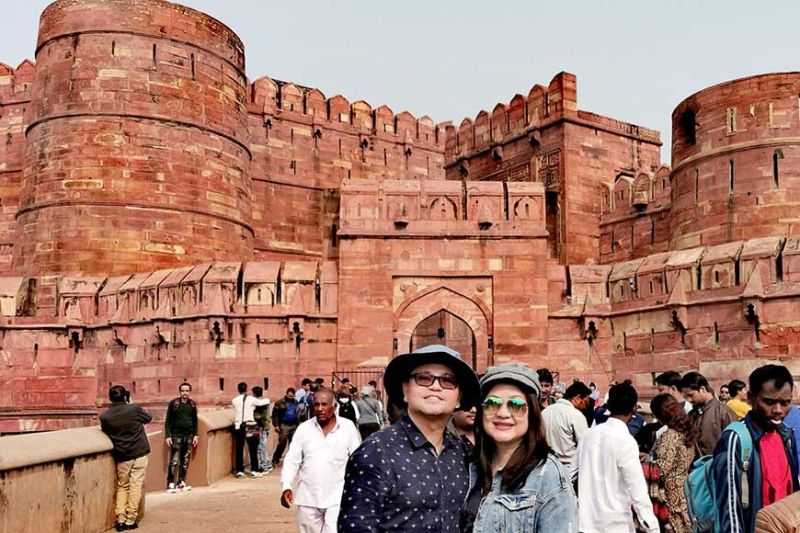 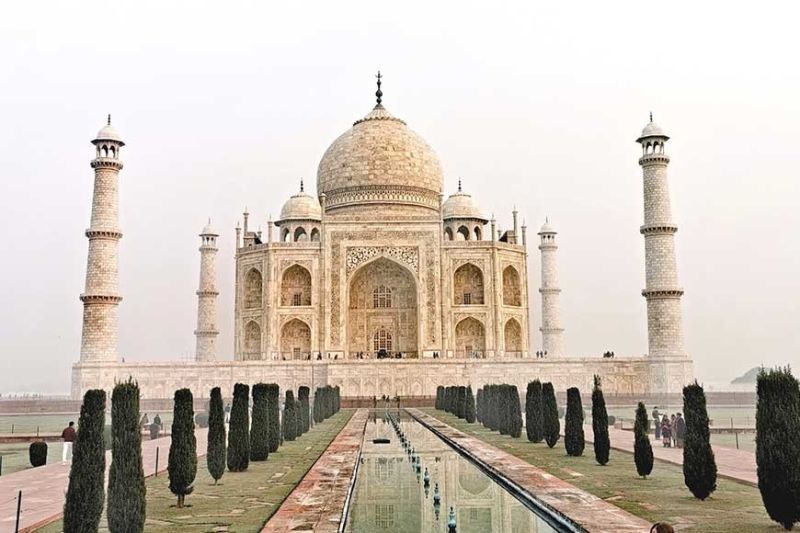 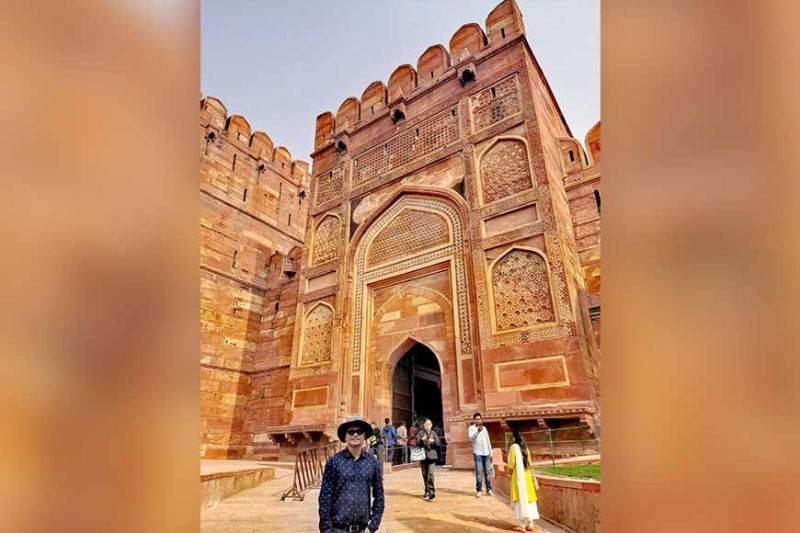 The water gate at the Agra Fort. (Photo by Grace M. Avanzado) 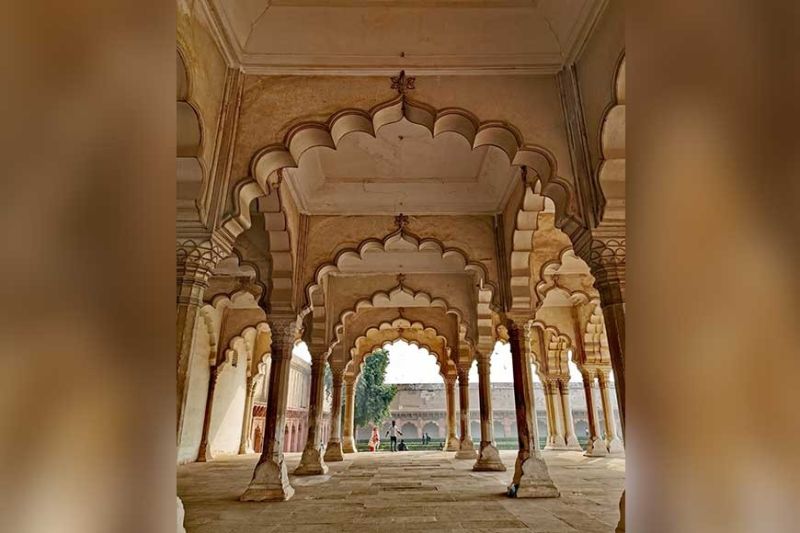 Diwan-i-aam a room in the Red Fort. (Photo by Grace M. Avanzado) 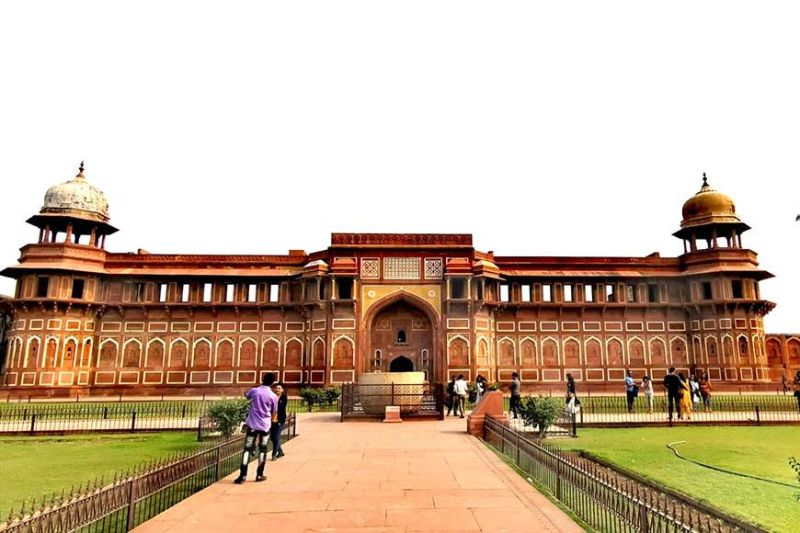 The Jahangiri Mahal inside the Agra Fort. (Photo by Grace M. Avanzado) 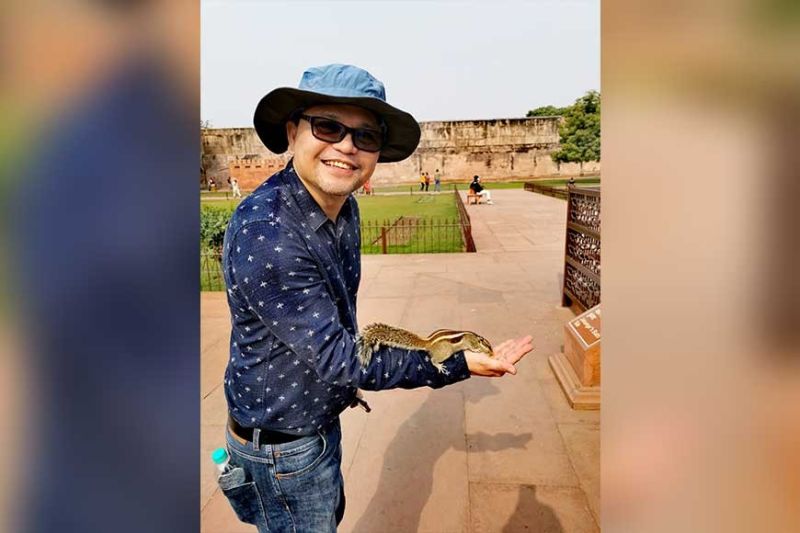 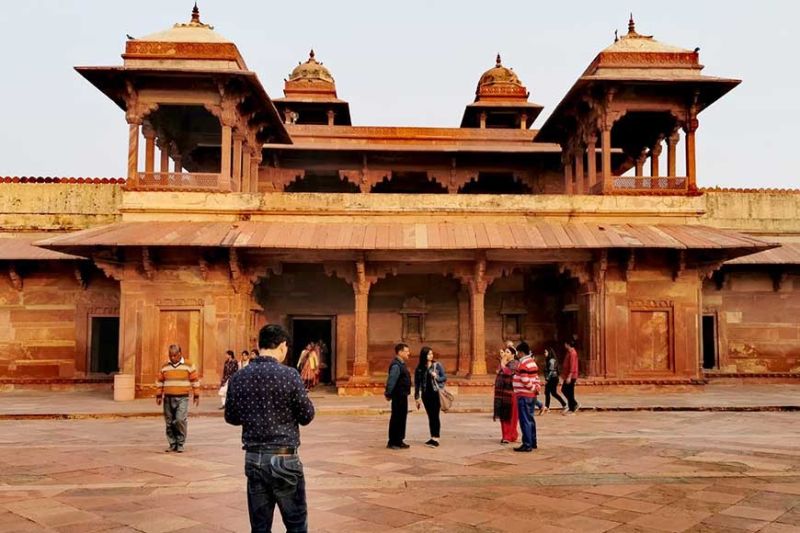 A NEW six-lane expressway has cut down travel time to Agra from Delhi in half.

It took us just a little over two hours with one rest stop to get there. Since this highway goes only one way, there was hardly any traffic, but what we thought was fog on both sides of the road was actually smog from the factories and farms we passed. It felt both sad and disturbing because we realized how damaging this all was to the environment and its population. But we were, after all, in the midst of one of the most polluted cities in the world and that is a reality they face every single day.

Called the City of Immortal Architecture, Agra is most famous for having one of the New7Wonders of the World in its midst – the Taj Mahal. We had opted for a sunrise tour so we were up at the crack of dawn the next day with Manuj – our guide – and soon we were making our way to our first Unesco world heritage site in this second leg of our trip.

As we were walking up the path to its famous West Gate, Manuj informed us that a foreigner’s entrance ticket includes a bottle of water, shoe covers, and a battery bus ride back to our car. The most unforgettable moment of my whole India experience happened the moment I stepped into the pathway of the West Gate and saw my first glimpse of the Taj. At that distance, it looked like it was floating on a cloud – so dreamy and beautiful – that I unexpectedly started to shed tears. Manuj seemed amazed at my reaction and told me it was the first time he saw someone shed tears for that reason; I think he will never forget me.

One of the most photographed monuments in the world, the Taj Mahal up close is breathtaking. It is worth being the only reason one has to go to India, because not only is it one of the greatest testaments to love that exists, it also appears to be in excellent condition – considering that it is over 300 years old. Good as new, sparkling in the sun, the details of the marble inlay that you will see and touch (so flat, so smooth) and the work that entailed that level of perfection in those designs will blow your mind.

A perfect fusion of Indian and Persian architecture designed by Ustad Isa Afandi of Turkey, the Taj is made primarily of top quality marble from Makrana and red sandstone from Fatehpur Sikri. The other kinds of marble, glass, precious stones, gold and silver were gifts from empires abroad or mined from other provinces. Shah Jahan built this marble magnificence to fulfill the dying wish of his favorite wife Mumtaz Mahal who fell gravely ill after giving birth to their fourteenth child. She was only 39.

You are allowed to touch and photograph everything on the outside, but once you step inside, restrictions are strictly enforced. Their original graves are not visible to visitors, false tombs in the central hall serve as a marker for the real ones located in the crypt below.

The Gardens of the Taj were designed by Ali Mardan Khan and other monuments in the compound include mosques and the graves of two other wives of Shah Jahan – Sirhindi Begum and Fatehpur Begum. Every Friday, this complex is closed to tourists for two reasons – there is a huge number of Muslims that come to the mosque inside the premises to offer their Jumm’ah prayers and for maintenance work of the Taj itself; hence, the appearance of perfection for the rest of the week.

The second Unesco world heritage site we visited this day was the Agra Fort.

Constructed by Akbar The Great in 1565, with additions added by the Mughal rulers that followed, the Agra Fort gives an imposing first impression with very thick red sandstone walls guarding the entrance. It is surrounded by two big ditches which were filled with crocodiles and tortoises in the past to ensure no one would dare cross over. After the downfall of the mighty Mughals, this place was invaded and destroyed. Today, most of significant interior structures have been restored so a visitor can visualize what this place was like in its heyday. One of the more interesting facts about this place was that this also became the prison of Shah Jahan (the builder of the Taj) when he was overthrown by his son Aurangzeb. He was kept here for seven years before he passed, and as we were shown his quarters, Manuj pointed out that from his bedroom window, Shah Jahan could view his beloved Taj Mahal at a distance.

The third Unesco world heritage site for this leg was an accommodation by our tour arranger since it was not usually part of the standard Golden Triangle Tour. Fatehpur Sikri was the only site out of the nine in our itinerary that was open to the public for free.

It can be accessed by taking a public bus uphill to reach this abandoned city which used to be the capital of Agra from 1570-1885. We reached our destination and met our new guide who started the tour by telling us that during the reign of the mighty Akbar, even with 300 wives, he could not produce a son, so he came here to seek the blessings of Sheik Salim Chisti – a famous saint. He was blessed with a son – Jahangir – soon after his visit, so in honor of this saint, Akbar built Fatehpur Sikri and stayed here until they had to abandon the place due to the scarcity of water. Its name means the “City of Victory” and in its main square, in a white marble building standing out amidst identical structures, is the Tomb of Salim Chisti.