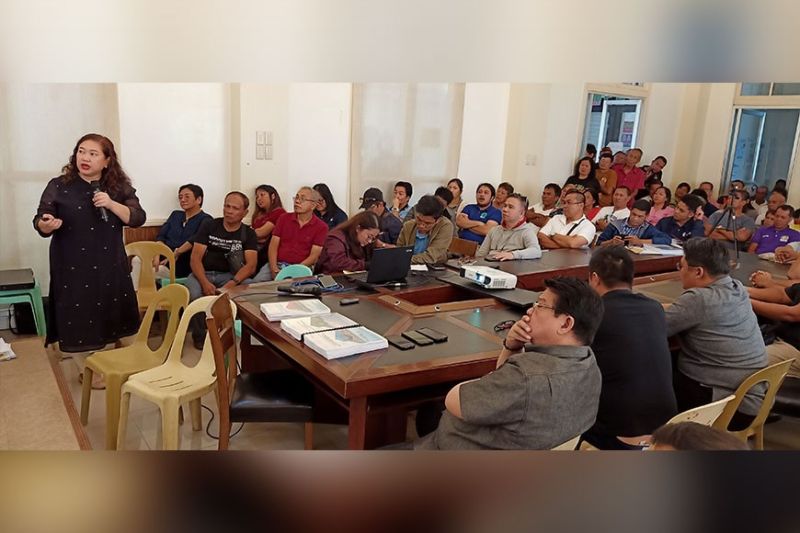 THE flooding problem in E.B. Magalona town may soon be solved as the declogging and desiltation of the mouths of three major rivers may start this year.

This as the last public hearing about the project was held Wednesday, February 26, at the municipal building.

It is a public-private partnership where the government made the plans and will direct the project, Eric Tagle, president and CEO of First Terradev said Wednesday.

E.B Magalona Mayor Marvin Malacon said the declogging and desiltation project will be done at the mouth of rivers Imbang, Madalaga and Malogo.

The public hearing yesterday was led by the Department of Environment and Natural Resources (DENR) and was attended by officials of villages Latasan, Madalag, Batea, and Pasil as well as sectoral representatives of the town.

Malacon said they are now waiting for the release of the Environment Compliance Certificate (ECC) from the DENR.

“[It’s] possible that by the second quarter of the year, the project will be started,” he said.

The timeline of the project will depend on the capacity of the ship where the materials from the dredging will be transferred and shipped to reclamation projects, he said.

It will also depend on the weather conditions that may stall the operations especially during the rainy season, Malacon said.

Asked of his assessment of the hearing, the mayor said the people were satisfied with the presentation of the contractor of the project.

There were also representatives of national agencies during the hearing at the municipal hall, he said.

Malacon said the project is the answer to the flooding problem of my town.

The contractor is also required to pay taxes to the government, he added.

“We want the share of the barangays to be put in a common fund to be managed by the municipal government to ensure that its utilization is regulated and the people will benefit from it,” Malacon pointed out.

Asked about his reaction to environment groups who attended the hearing and expressed their opposition to the project, Malacon called them ‘ignorant of the project.”

“They keep on asking the same questions some of which were irrelevant and non- sense. But we need to address all their inquiries,” he also said.

Malacon said that the dredging ship composed of about 30 Chinese nationals is already on their way to the Philippines after undergoing quarantine in Singapore.

Tagle also said their firm has been ready for the project since August 2019.

We have been in the business of dredging for almost eight years and has vast experience in dredging both in the Philippines and other southeast Asian countries, Tagle said

We will fully comply with government laws and regulations imposed on the project we will undertake in EB Magalona, he said.

Board Member Andrew Montelibano (Third District) who represented Governor Eugenio Jose Lacson at the hearing said that after the approval of the LGU of the project, all the permits including a Resolution of No Objection will need to be issued by the Provincial Board.