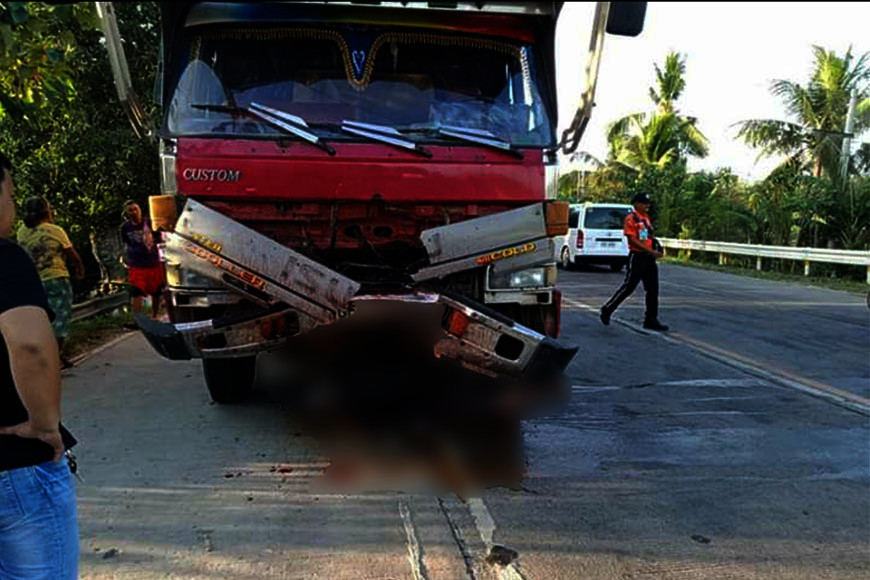 TWO persons died after a motorcycle slammed into a dump truck along the national highway in Barangay Paglaum, Binalbagan town Wednesday, February 26.

Initial investigation showed that the accident happened after the motorcycle overtook a double solid lane curve and collided with the approaching dump truck coming from the south.

The rescue team of the Binalbagan and Himamaylan City responded to the accident.

The truck driver identified as Joy Valiente was put under the custody of the Binalbagan PNP.

Meanwhile, a man died of hit and run at National Road of Sitio Bagroy, Barangay Deliciouso, Ilog on February 25.

The victim was identified as Joaquib Geneve, 33, laborer and a resident of Barangay Delicioso.

Police report revealed that the victim had a tire mark on his chest, an injury on his left leg and was unconscious when he found by some residents at the side of the road.

The victim was brought to Lorenzo D. Zayco District Hospital in Kabankalan City but was pronounced dead on arrival by the attending physician.