P1.5M worth of property lost in Barangay Suba residential fire 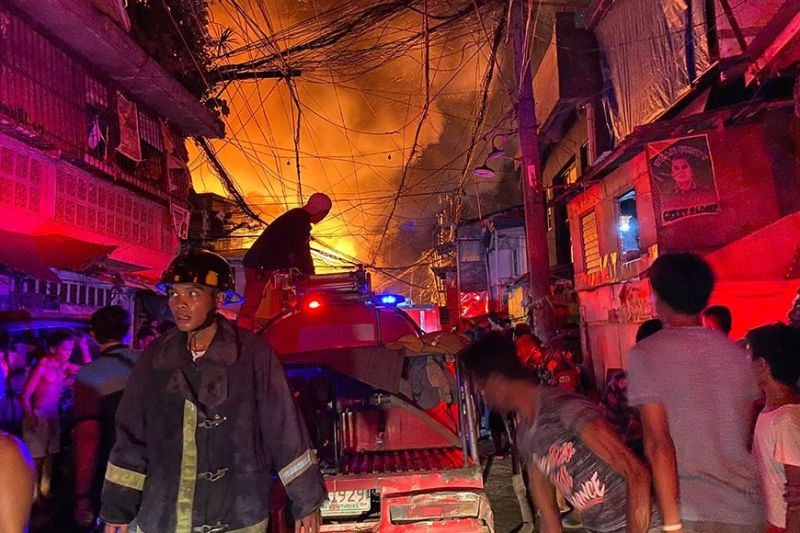 THROUGH THE FIRE. Fire fighters and residents in Barangay Suba are engaged in a frenzy of dousing the flames in a fire that hit a residential area in Sitio Sto. Niño, Barangay Suba last Feb. 26. (Sunstar Photo / Benjie Talisic) 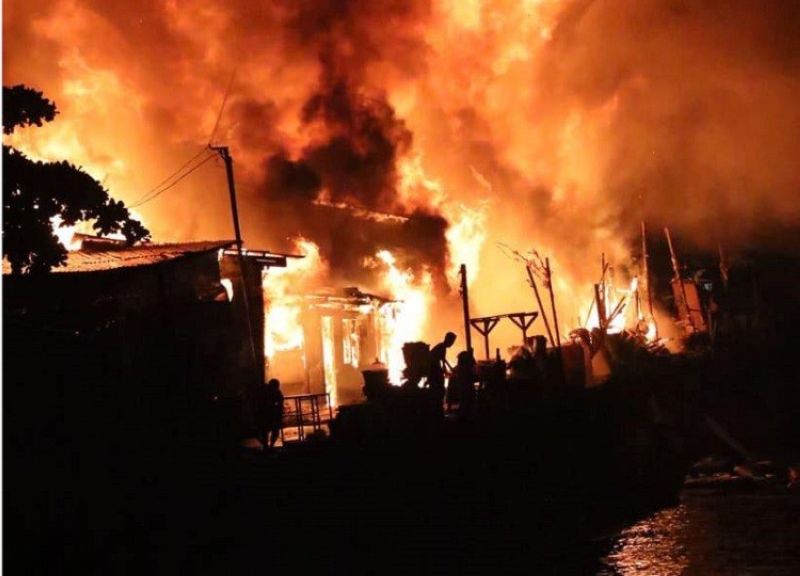 According to fire investigator Senior Fire Officer (SFO) 1 Novo Erana, the alarm was received at 7:05 p.m. Firefighters were able to control the blaze past 8 p.m.

The fire caused about P1.5 million worth of structural damage. There were no reported injuries or fatalities.

The cause of the incident has yet to be determined by Erana, although the fire was reported to have started in the house of a certain Jerry Cabido.

Juditho Gabisan, one of the residents who lost his house to the fire, said he was having dinner with the family when the fire broke out.

But when he looked through the window, the fire was already big.

Then again, the family was able to take only a few belongings out of their house.

Because of the fire, Suba Barangay Captain Joel “Jojo” Sable has declared the barangay under a state of calamity. Also, he will agree to a reblocking in Sitio Sto. Niño so the roads will be wider.

“Private nang lugara. Ang uban nga wala pa kabayad sa yuta (That is a private property. Some haven’t paid for the land yet),” he said.

To help displaced residents, the village chief said he will ask the property owner to allow the families to rebuild their homes on the lot.

The Cebu City Social Welfare and Services (CSWS) officer in charge Jeffrey Ibones said that his office is rationing three meals for three days to the fire survivors. The CSWS will also give relief goods and financial assistance of P20,000 to every house owner and P10,000 to every renter. (BBT / RGT)