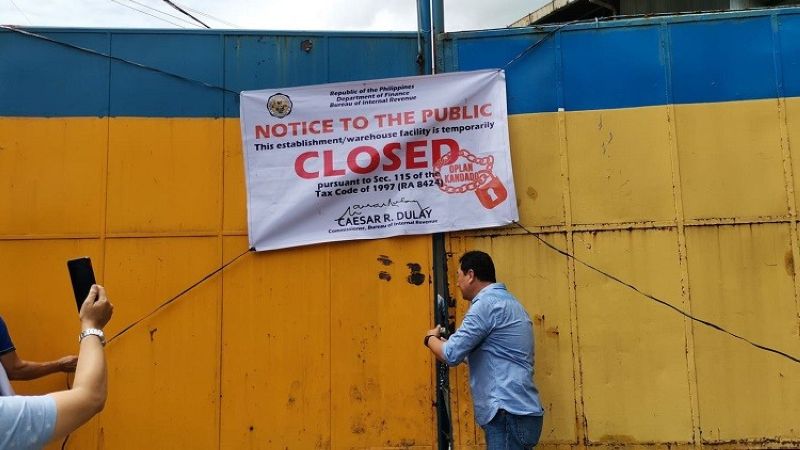 Aside from failing to register its manufacture of steel products, the company also failed to declare sales of more than 30 percent, according to BIR 13 Director Eduardo Pagulayan.

“What they registered sa amin (to us) was their trading only,” he said.

Pagulayan said an informant reported the company’s violation to the BIR commissioner, which prompted them to conduct a surveillance investigation.

Pagulayan said the company can continue doing business after it settles its dues.

Tess Malinao, accounting officer-in-charge of Worldwide Steel, said they did not expect the BIR to temporarily shut down the company with its 200 employees. But the owner advised them to heed the BIR’s orders, she said.

Elmo Catalan, 53, a production worker of the company, told SunStar Cebu that he was worried for his family.

“I hope the temporary closure won’t last very long. Otherwise, how will I support my family?” he said in Cebuano.

Pagulayan said Worldwide Steel’s fate should serve as a warning to other erring taxpayers.

“It’s only a matter of time... sooner or later we will catch erring taxpayers,” he said in a mix of Cebuano and English.

He advised companies with a similar scheme to voluntarily inform their office of their undeclared activities to avoid temporary closure.

“These companies deduct the taxes from their workers’ salaries but then they don’t forward the amount to us,” Pagulayan said in Tagalog.