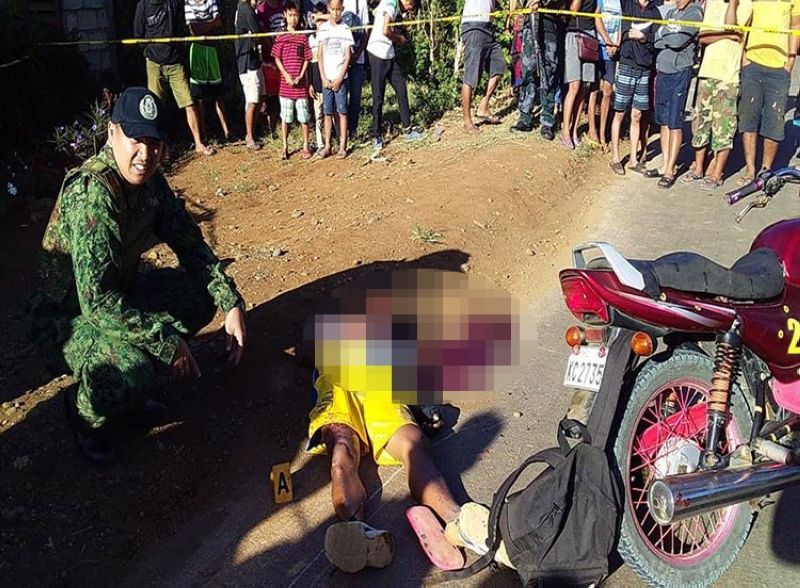 BUKIDNON. A motorcycle-for-hire driver was killed, while his two minor passengers were hurt in a gun attack in Quezon, Bukidnon early Wednesday, February 26, 2020. (Photo courtesy of Bukidnon Police Provincial Office)

A MOTORCYCLE-for-hire driver was killed, while his two minor passengers were hurt in a gun attack in Quezon, Bukidnon early Wednesday, February 26.

The victim was identified as Eric Ganding, a resident of Lumintao, Quezon town.

Investigation disclosed that the victim was traversing the barangay road toward the Poblacion area carrying his two passengers when two unidentified assailants waylaid them.

Police said the victim was shot at close range. He was hit in the head.

The motorcycle tumbled down the road, causing injuries to the backriders who were immediately rushed to the hospital for treatment.

Investigators recovered a fired cartridge case of caliber .45 pistol from the crime scene.

Operatives are now pursuing the gunmen as they gather evidence and witnesses' accounts.

Police are still establishing the motives in the incident.