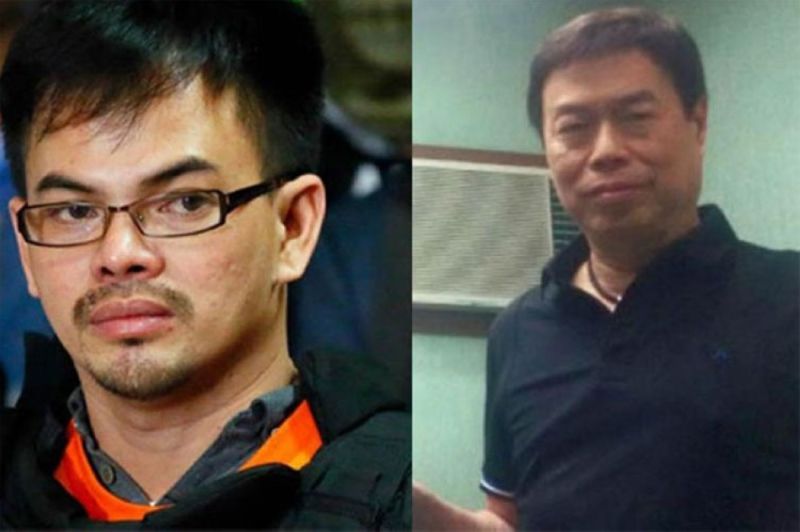 This time, Espinosa, Lim and five others were charged for the sale and delivery of dangerous drugs and/or controlled precursors and essential chemicals used by drug syndicates and financiers in transactions involving the illegal trafficking of drugs.

Aside from Espinosa and Lim, others who were charged at the Department of Justice (DOJ) are Peter Co (also known as Wu Tuan Yuan), Lovely Impal, Melvin Gerpacio, Ryan Diaz, and Reynaldo Diaz alias Jumbo.

They were accused of illegal drug trading in five barangays in Cebu City from 2008 to 2011.

In its complaint, the NBI said Espinosa started engaging in illegal drugs trade in Cebu City in 2008, while he was detained at the Bagong Buhay Rehabilitation Center (Cebu City jail) for drug charges before the Cebu Regional Trial Court Branch 13.

They transacted using cellphones while payment was done through bank and electronic money transfer.

Gerpacio allegedly served as Espinosa’s bagman and was in charge of the transactions in Barangays Pasil, Ermita, Ponce, Villagonzalo and Lorega-San Miguel in Cebu City.

Reynaldo Diaz claimed that at the peak of the drug trade in Cebu City in 2010 to 2011, the group was able to sell five to 10 kilos of shabu, or methamphetamine hydrochloride, a month.

The NBI cited the confession made by Espinosa at a Senate inquiry in December 2016 that his supply of shabu, or methamphetamine hydrochloride, came from Jeffrey “Jaguar” Diaz and was passed to him through Ryan, Reynaldo and Impal, among others.

Espinosa, son of slain Albuera, Leyte mayor Rolando Espinosa, is presently behind bars at the NBI detention center while Co is at the New Bilibid Prison.

Impal is detained at the Iligan City Jail while Gerpacio is at the Cavite Provincial Jail.

Lim, who is also facing charges for conspiracy to commit illegal drugs trading along with Espinosa and several others , remains at large.

Jaguar, who was named among the top drug peddlers in Central Visayas, was killed during an anti-illegal drugs operation in Las Piñas in 2016.

Reynaldo Diaz was arrested in Bicol in 2016 and placed under the government’s witness protection program while Ryan Diaz is also at large.

The bank accounts of Espinosa and Co were frozen by the Court of Appeals in January 2017.

Among the pieces of evidence presented to the DOJ was the testimony of Reynaldo Diaz, who confirmed that Espinosa's main source of shabu was his cousin, Jeffrey, and Lim.

Diaz claimed that Jeffrey also supplied to drug dealers in the Visayas namely Rowen Sakitaria aka Yawa, Franz Sabalones, and three men known by the aliases Riking, Rey and Roland.

This is the third complaint filed against Espinosa and Lim.

The first, which was filed by the Philippine National Police-Criminal Investigation and Detection Group- Major Crimes Investigation Unit (PNP-CIDG-MCIU) before the DOJ, charged the two men and several others with violation of Section 26 (b) (conspiracy) in relation to Section 5 (sale) of the Comprehensive Dangerous Drugs Act.

The case was dismissed by a DOJ panel of prosecutors in December 2017, who ruled that the evidence submitted was hearsay.

Then Justice Secretary Vitaliano Aguirre II overturned the dismissal and formed a new panel of prosecutors to reinvestigate the case in March 2018, after reports of its dismissal sparked public outcry and earned the ire of President Rodrigo Duterte.

Charged before the Makati Regional Trial Court with this offense were Espinosa, Lim, Co and Impal as well as Espinosa’s aide Marcelo Adorco, Ruel Malindangan and several John Does.

An arrest warrant was issued against Espinosa, Lim and the others in August 2018.

Adorco has been admitted to the government’s witness protection program.

Lim, who has been rumored to have left the country despite a hold departure order against him, was named by President Rodrigo Duterte as one of the country's biggest drug lords. (Third Anne Peralta-Malonzo/SunStar Philippines)