11 South Koreans in Boracay under monitoring 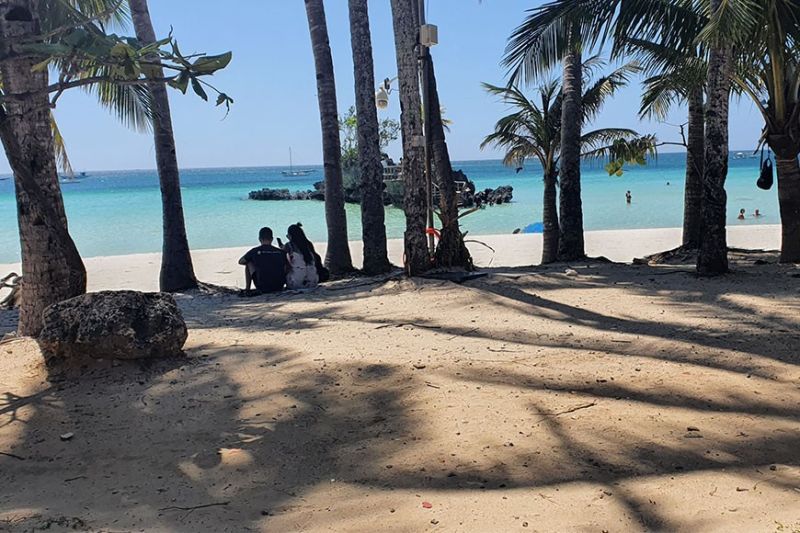 AKLAN. A couple enjoys their privacy while at the beach of Boracay Island. (Jun N. Aguirre)

BORACAY ISLAND -- The Provincial Health Office (PHO) has asked the local government of Malay, Aklan to monitor at least 11 South Koreans who came from the novel coronavirus-hit city of Daegu.

Dr. Cornelio Cuachon of the PHO said the South Koreans admitted that they recently traveled to Daegu, South Korea, which has an alarming number of coronavirus disease (Covid-19) cases.

The Associated Press reported Thursday, February 27, that South Korea now has a total of 1,766 confirmed Covid-19 cases. Of the total, 505 cases were reported just Thursday. Most of the new cases were in Daegu, where the outbreak has hit hardest.

"The 11 South Koreans arrived here February 25 since there is not yet restrictions on their coming. They go directly to Boracay for their vacation. If any of them manifests signs of cough nor fever, they will be admitted to our quarantine facility at the Aklan Training Center in Kalibo for two weeks," Cuachon said.

He added that some of the 11 Koreans were scheduled to depart Boracay on February 28, while others will leave on February 29.