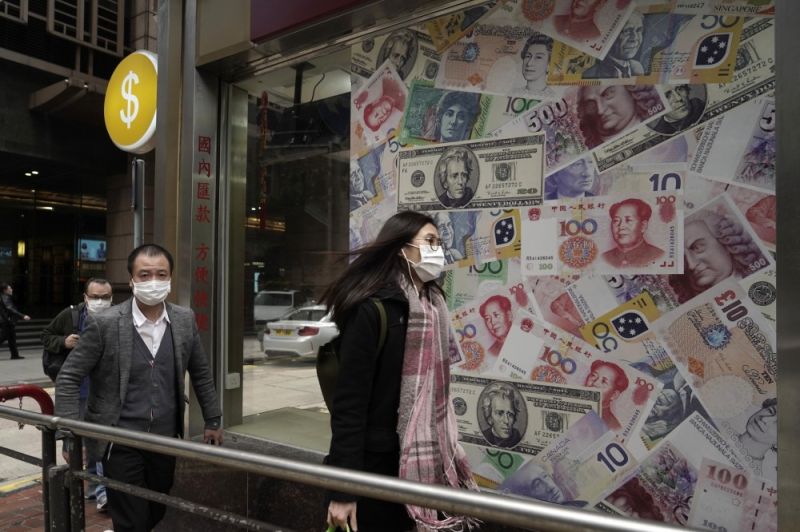 HONG KONG. People walk by a money exchange shop decorated with different countries currency banknotes at Central, a business district in Hong Kong, Wednesday, Feb. 19, 2020. A viral outbreak that began in China has infected more than 82,000 people globally. The World Health Organization has named the illness Covid-19, referring to its origin late last year and the coronavirus that causes it. (AP)

THE second reported case of a Filipina who tested positive for coronavirus disease (Covid-19) in Hong Kong was confirmed by the Department of Foreign Affairs (DFA), through the Philippine Consulate General in Hong Kong, Thursday, February 27.

In a statement, the foreign affairs department said the patient is currently in isolation in the hospital and is under close observation.

#DFABulletin On the Second COVID-19-Positive Filipina in Hong Kong: https://t.co/R0bVg5dCIH

The @DFAPHL, through the Philippine Consulate General in Hong Kong, confirms the report of a Filipina who tested positive for COVID-19. pic.twitter.com/O36f78F2rq

The DFA also gave an update about the first Filipina confirmed to be positive for the coronavirus disease.

"The first Filipina Covid-19-positive patient is scheduled to be released this week, provided that her test results remain negative for the disease," the DFA stated in their official website.

As of Thursday, only one Filipina has remained in quarantine as a patient under investigation (PUI). The patient is said to be healthy and asymptomatic, and is set to be discharged on Friday, February 28.

On Sunday, February 23, the DFA also confirmed the first reported case involving a Filipino in Singapore who tested positive for coronavirus disease (Covid-19).

The first Filipino case in UAE, a 43-year-old Filipino, has been transferred to another medical facility and is being closely monitored.

In Japan, where a cruise ship was placed under quarantine for 14 days until February 19, a total of 80 Filipinos were reported to have been found positive for Covid-19, Foreign Secretary Teodoro Locsin Jr. said.

Locsin added that 10 have recovered and have been discharged from the hospital.

Undersecretary Brigido Dulay said 49 Filipinos tested positive for the virus as of Saturday. Of the 49, two have recovered and have been discharged from Japanese hospitals.

As of early Thursday, viral outbreak that began in China has infected more than 82,000 people and caused 2,800 deaths globally. The World Health Organization has named the illness Covid-19, referring to its origin late last year and the coronavirus that causes it. (NJN/SunStar Philippines)
< Previous PageNext Page >