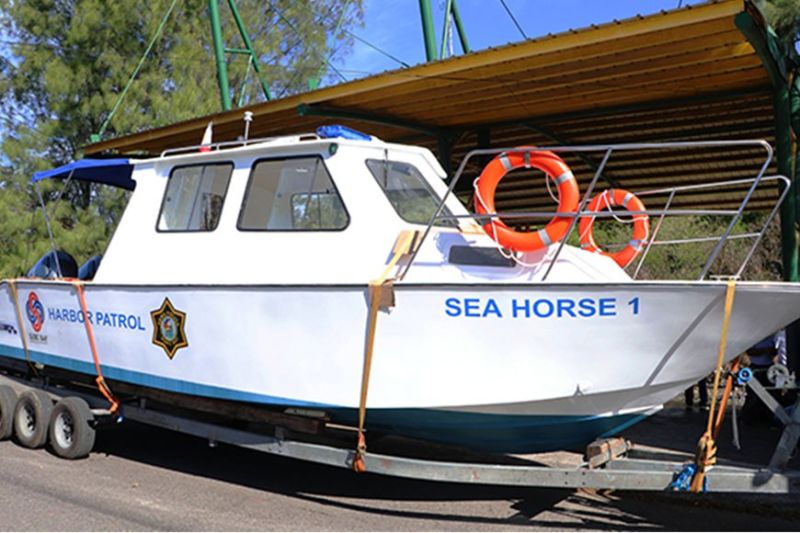 THE Subic Bay Metropolitan Authority (SBMA) has purchased a new patrol boat to increase its police visibility in the bay area and strengthen its coastal monitoring and water rescue capabilities.

SBMA Chairman and Administrator Wilma T. Eisma said the P3.5-million watercraft will be used by the SBMA Harbor Patrol to ward off illegal activities on Subic Bay.

Eisma and other agency officials inspected the boat on February 24 prior to handing it over to Subic's security force.

The new vessel, which was named Sea Horse 1, is a 32-feet watercraft manufactured by the Stoneworks Specialist International Corp., a Cavite-based firm with more than 20 years' experience in boatbuilding.

SBMA Law Enforcement Department (LED) manager Vicente Tolentino said the new boat is powered by two 150-horsepower engines capable of pushing its speed to up to 16 nautical miles per hour.

The vessel is also ideal for water rescue as it can easily accommodate 20 persons and can hold four sets of scuba gears, Tolentino added.

Eisma said the Sea Horse 1 is the fifth and largest watercraft procured for the SBMA-LED Harbor Patrol. Four smaller boats are currently being used to patrol areas within Subic Bay.

The boat will undergo sea trial this week and would be christened by the SBMA chief herself.

"This is one big step forward in our thrust to safeguard the waters of Subic Bay and to keep the community secure. We will keep on strengthening our security capability with a sustained program for assets build up," Eisma said.