DA ‘hands off’ in putting Davao City under state of calamity 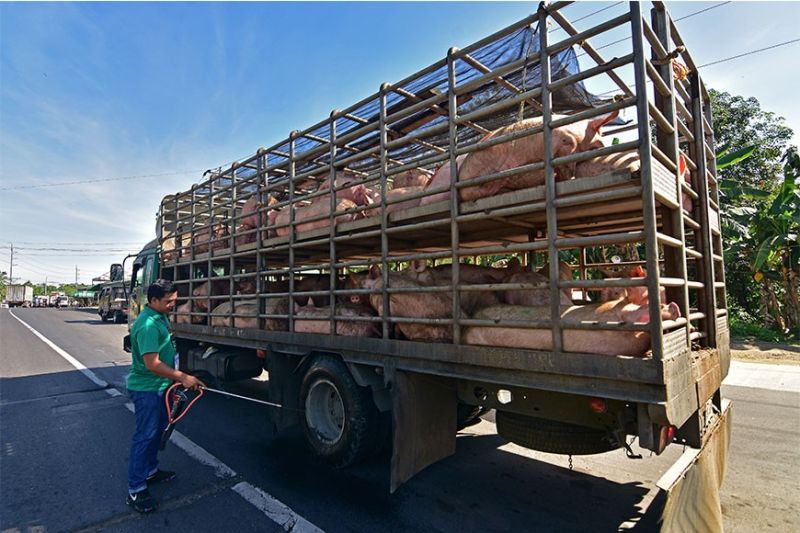 AN OFFICIAL from the Department of Agriculture (DA)-Davao Region is “hands off” in recommending the entire Davao City under state of calamity following the three villages in Calinan District had been declared African Swine Fever (ASF)-infected.

The proposal was raised after some members of the 19th Davao City Council were alarmed with the recent declaration of Barangay Inayangan as a third ASF-affected barangay in the city as confirmed by the City Veterinarian’s Office (CVO) on February 18.

Barangays Dominga and Lamanan, both part of Calinan, were earlier declared as ASF-infected areas in the city at the start of February.

Department of Agriculture - Davao Region (DA-Davao) Regional Agriculture and Fisheries Information Section chief Noel Provido said they are not in the position to recommend since it is the local government, through the Davao City Disaster Risk Reduction and Management Council (DCDRRMC), who can do such.

Instead, Provido said DA will only strictly implement the “1-7-10 Protocol”.

“Ang atong tutukan is ang quarantine measure pero we will leave it to the LGU if mudeclare ba sila (DA is focused on quarantine measure but it’s up to the local government unit to declare the city under state of calamity),” he said.

Under the protocol, quarantine checkpoints are set up in areas within the one-kilometer radius of suspected farms—monitoring the movement of live pigs, pork, and pork products. This includes both barangays, wherein a lockdown will be implemented.

Provido clarified that the virus has not entirely spread outside the quarantine zone since the first five puroks of Inayangan is covered within the one-kilometer radius. Inayangan is adjacent to Barangay Lamanan.

As of press time, the city government has not manifested the consideration of declaring the city under state of calamity.

Meanwhile, Councilor Ralph Abella, on Friday, February 21, is pushing for a committee hearing regarding the recent ASF outbreak in the city.

Abella, committee head on agriculture and food, filed a motion to invite the members of the ASF Task Force, composed with departments and agencies, including City Disaster Risk Reduction and Management Office (CDDRMO), City Agriculturist Office (CAO), and hog raisers.

The task force was created in September last year through Executive Order No. 37 (E.O. 37). It has a support of technical support teams that will be responsible for the preservation and protection of the city’s swine industry namely the rapid action team, surveillance team, quarantine team, and the census team with various agencies and departments as members.

He said the hearing will probe how the virus was able to enter the city despite the creation of the ASF Task Force.

“We will be inviting them to a committee hearing to come up with ideas on how to stop the ASF from further spreading and affecting existing livehogs,” Abella said.

He is also one of the councilors who supported the mulling of the state of calamity in the city. (RGL)