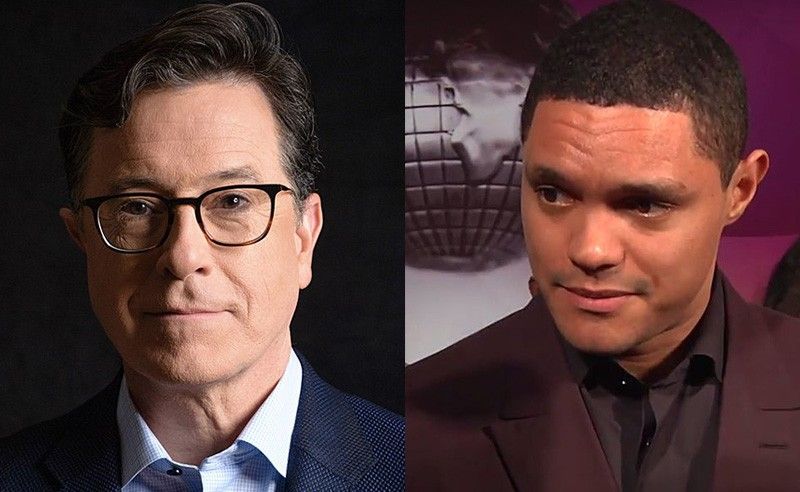 DESPITE or because of the humor, United States (US) standup comics brought home a sobering message about the coronavirus.

Stephen Colbert, host of “The Late Show,” said that Tuesday President Trump delivered an awkward, glib attempt at reassuring Americans they don’t have to worry about the threat of a coronavirus epidemic.

Trump failed when he said “there’s a very good chance you’re not gonna die.” Colbert compared that to an airline pilot who tells passengers there’s a “60-40 chance” he’d land the plane successfully.

“The Daily Show” host Trevor Noah, in a segment he called “Is This How We Die?,” said he thinks it’s great that Trump appointed Vice President Mike Pence as the lead official in the efforts against “Covid-19.” “Cause Mike Pence has a lot of experience in this area. He’s been quarantining himself from women his whole life.”

Noah worried though that when Mike Pence was governor of Indiana, he refused to listen to the advice of public health experts and based his HIV policy on his religious fundamentalist beliefs. “The result: the worst HIV outbreak in Indiana’s history.”

On Trump’s assessment on chances of death from coronavirus, Noah said, “OK. We’re definitely all gonna die. You know, Trump is great for jokes. But in times of crisis, Trump is the worst person to assure the nation.”

A former director of Metropolitan Cebu Water District (MCWD), reading an item here Wednesday, February 26, about how much each director gets as compensation, gave a Bzzzzz source some specifics, thus: “30k per month or 28k less tax” plus “5k transpo and 2.5k communication allowance.” That’s about P35, 500 a month. The chairman gets about P3,000 more than each director.

An executive order limits the amount that directors of government-owned –and-controlled corporations. For water districts, a set of per diems has a cap for each class. MCWD is class A.

Val Chiong’s decision to “retire” from the position of mayor of Naga City has set off a lot of discussion in public forums, with some people telling the “critics” to back off and give him privacy.

Privacy? Maybe not yet. He is still a public official; his resignation takes effect only on March 16. As a public official, he has to explain why he is not complying with his contract of public service to the electorate. He ran for and won a three-year term; now he’d serve only a fraction of it. He is not liable for not finishing his term but he owes the public some amount of discussion over the cause of his leaving.

Val didn’t mention his health although he told Atty. Frank Malilong Wednesday, February 26, on dyCM’s “Frankahay Ta” that is just “tired” of the work of mayor. Being tired is part of the job. He must have known that when he filed his COC for the 2019 election. And, on record, he didn’t cite health reason. He told SunStar he’d “give way for the young,” which in his case happen to be his daughter, who will be mayor, and his son who will be vice mayor, under the law of succession.

More than 10 days before news media started correcting the date of expiration of ABS-CBN’s franchise – from midnight of March 30, 2020 to midnight of May 3, 2020 or, simply, from March 30 to May 3 – Cebu-based lawyer Vincent Isles already called people’s attention about the mistake.

This was no nitpicking. The extra days are crucial to anything or anybody threatened with execution or extinction.