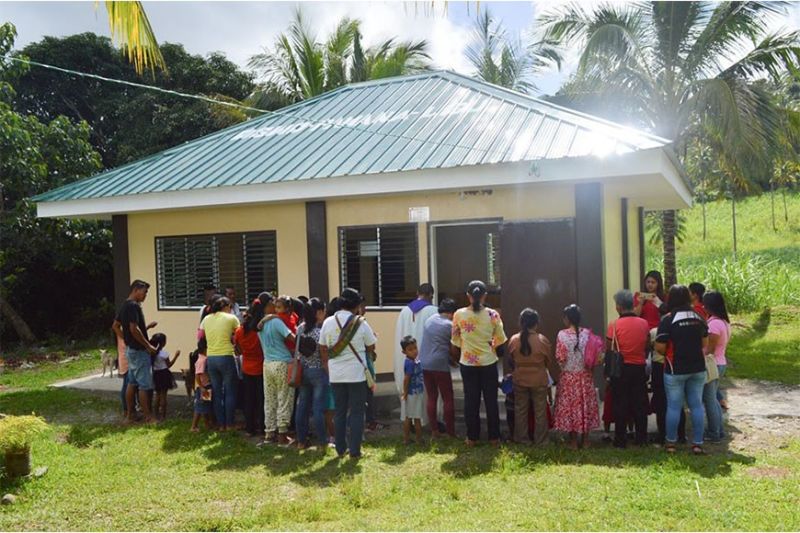 THE City Government of San Carlos through City Mayor Renato Gustilo formally opened the newly constructed Child Development Center in So. Malindog and officially turned it over to Barangay Palampas after its blessing Wednesday, February 26.

Said project worth P1.5 million is a partnership between San Carlos City and the Office of the Presidential Adviser on the Peace Process (OPAPP) through the Department of Social Welfare & Development (DSWD). The DSWD funded said project at P800,000 while the city government shelled out P745,000 as counterpart.

City Mayor Renato Gustilo thanked the OPAPP that the said project was finally implemented and that the city government will always support projects that would benefit people especially those former members of armed groups who are now back to the folds of the government.

He added that the City Government is also giving out books to these child development centers thru the CSWDO.

OPAPP Provincial Coordinator/Peace Program Officer Jayson Encinares on the other hand said that it took so long to realize the project because of some legal process to follow especially in the implementing agencies and there are many projects in line for the program. He said some of these projects are major infrastructures including road constructions and other facilities in insurgency-affected areas.

Juvie Bargayo, representative of the Kapatiran which is formerly the Revolutionary Proletarian Army-Alex Bongcayao Brigade-Tabara Paduano Group (RPA-ABB-TPG), said they are grateful even though some projects took so long to materialize, the government really tried to bring it to reality for them.

He cited that some of their members from the defunct RPA-ABB-TPG are now working as Citizen Armed Force Geographical Unit (Cafgu).

Said child development center is just one of the many projects provided by the OPAPP in the settlement areas of those who were members of the armed group of rebels that have returned to the government particularly in the mountain barangays of the city. (PR)