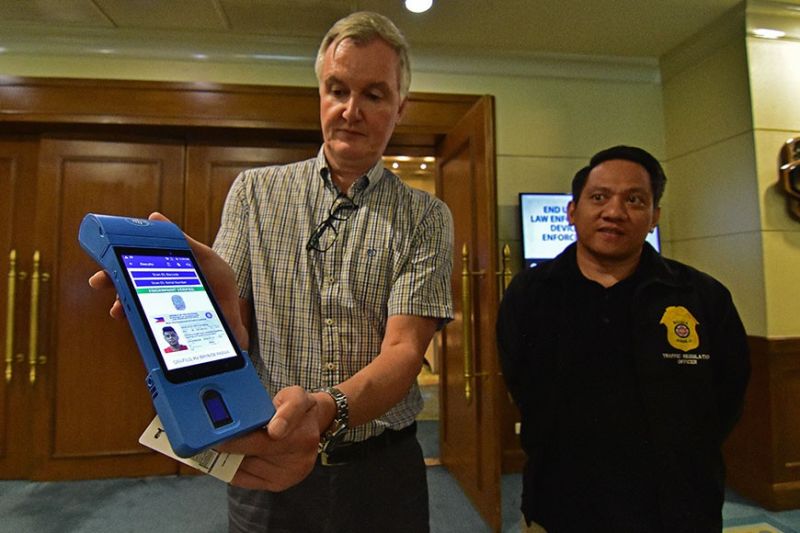 THE Land Transportation Office-Davao Region (LTO-Davao) is now adopting the latest technology in apprehending erring motorists, which is seen as an efficient anti-corruption tool.

LTO-Davao unveiled on Friday, February 28, its law enforcement handheld device which will enable traffic enforcers to check the validity of a license and verify the client with face recognition or fingerprints.

LTO-Davao assistant director Neil Cañedo said the device will be distributed to LTO personnel and other deputized agents from different offices such as the City Transport and Traffic Management Office (CTTMO), Highway Patrol Group (HPG), and the Philippine National Police (PNP). Upon apprehension, he said enforcers will be going to ask the driver for their license and will scan its unique code.

The five-year validity license is produced by Dermalog, a German technology company.

He said it is convenient for both the violators and the enforcers as the violation can be legally settled right away.

“It is both convenient sa violator and printing officer kay upon apprehension ma-validate kung fake ang license or way rehistro (It is both convenient for the violator and printing officer as upon apprehension, it can be immediately validated whether the license is fake or the vehicle is unregistered),” Cañedo told reporters during the End User Training On Law Enforcement Handheld Device for LTO Law Enforcement Officers seminar at the Marco Polo Hotel.

Cañedo said the device is part of its Law Enforcement and Traffic Adjudication System (LETAS), a system for the recording of infractions and charges, and the processing of fines and fees. It also provides management of case adjudication, lets the customer manage his infractions and pay for them online.

He said the program is mandated by President Rodrigo Duterte, instructing all government agencies to have their payment systems through online, as stated under Republic Act (RA) 11032 or the Ease of Doing Business and Efficient Government Service Delivery Act of 2018.

Overall, he said LTO has distributed a total of 1,800 handheld devices nationwide.

The inclusion of the body cameras, he said, would help record the apprehension transaction.

He also urged violators to demand an attached body camera from the enforcers in conducting apprehension.

He said they will start the calibration of the device starting March and are expected to be used by April. (With report from Macky Lim)