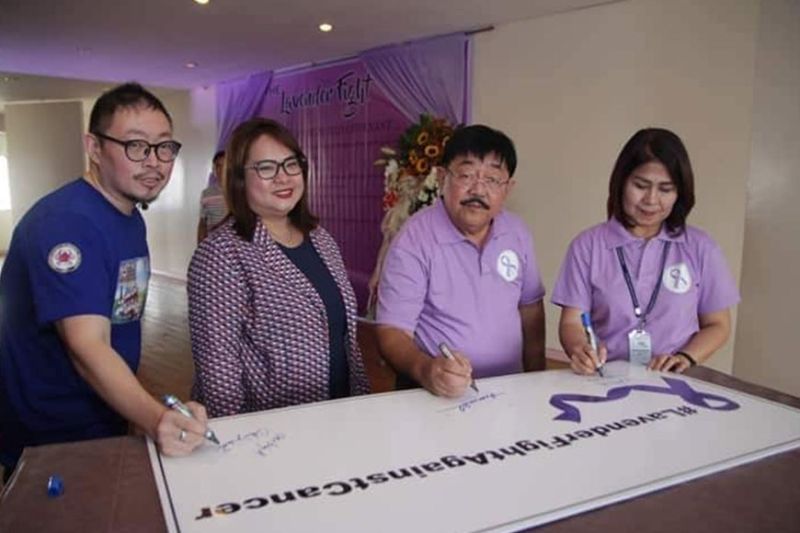 WHAT started out as a humble advocacy of cancer survivor Elaine Baul has now become a concerted effort to provide much need support and assistance to people battling cancer.

Local stakeholders launched the Lavender Fight against Cancer initiative at the St. Mary’s Auditorium, Thursday, February 27. This advocacy was amplified with the help of the Municipal Government of Guagua headed by Mayor Dante Torres, Vice Mayor Sajid Khan Eusoof, town officials and other department heads.

Gracing the event was Second District Representative Juan Miguel M. Arroyo. The advocacy which aims to provide support systems for cancer patients and their families is supported by company Roche, one of the fine makers of quality medicines.

The cause was attended by cancer patients who are still under medication. Cancer survivors were also present during the event. The very battle cry of the advocacy is “no one fights alone”.

Torres said that he fully supports the initiative adding that the municipal government is in full support of the needs of cancer patients in Guagua. He added that cancer patients and their families also need moral support to be able to carry on with the fight against cancer.