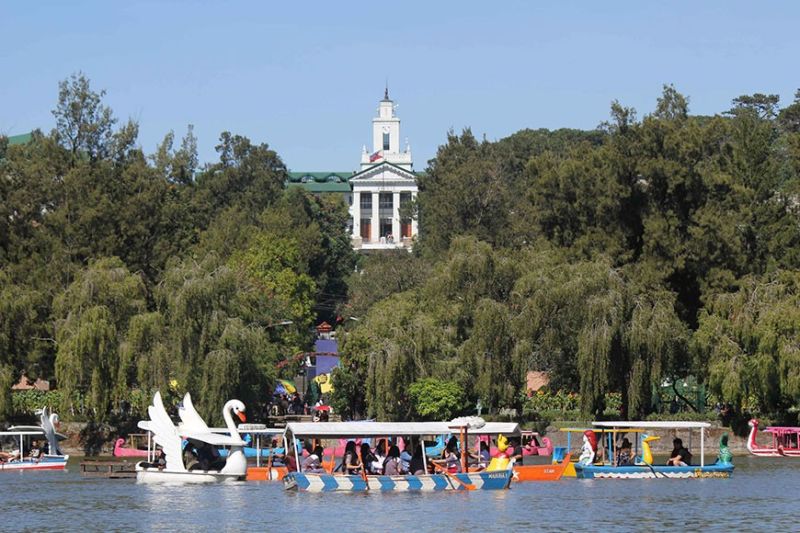 BAGUIO. The Burnham Lake which draws thousands of tourists every year will be one of the areas to be developed by the city government starting with the dredging of the water with an initial funding of P90 million. (Photo by Jean Nicole Cortes)

THE planned Burnham Park rehabilitation will include the removal of the present Army Reserve Command located at the Baguio Athletic Bowl area.

In the weekly Talakayan sa Environment Code of the Baguio Regreening Movement (BRM),Councilor Mylen Yaranon, who chairs the committee on public works explained the identification of particular areas and its use within the city’s major park is in line with the guidelines stated by the Tourism Infrastructure and Enterprise Zone Authority (Tieza).

“For the development of Burnham Park, there have been proposals for changes and based on the five day public consultation last September, we will abide by that for now because if there are any deviation from this plan that was approved by Tieza, it has to pass through the process again,” Yaranon said.

The technical working group (TWG) is also looking at the possibility of constructing a basement parking area at the old city library for buses and persons with disabilities but would have to be in consonance with the city’s ordinance on no parking.

“On the proposed three–story multilevel parking for the Orchidarium, it has to go through the process of public consultation and approval of Tieza which are the guidelines that we are following,” the lady legislator stated.

Yaranon added the plans submitted by the TWG to Tieza will be the basis to be followed for the development of Burnham Park with the proposed changes still not included, while awaiting for the P480 million to be downloaded to the city.

The city is also looking to dredging the Burnham Lake with an initial funding of nearly P90 million.

“We are looking for the technology and I think the city have discussed this with Cebu to propose for the dredging of Burnham lake. Right now, the TWG is in the process of doing the technical working drawings and engineering plans which include the structural, drainage and lighting done by consultants and once this is which includes the specifications and bill of quantities and materials for the development of the Lake area and the Children’s playground. This will be approved in the city council and submitted to Tieza for the funds to be downloaded from TIEZA. This would also include the plans for the sewerage treatment plant which we are still awaiting,” Yaranon added.