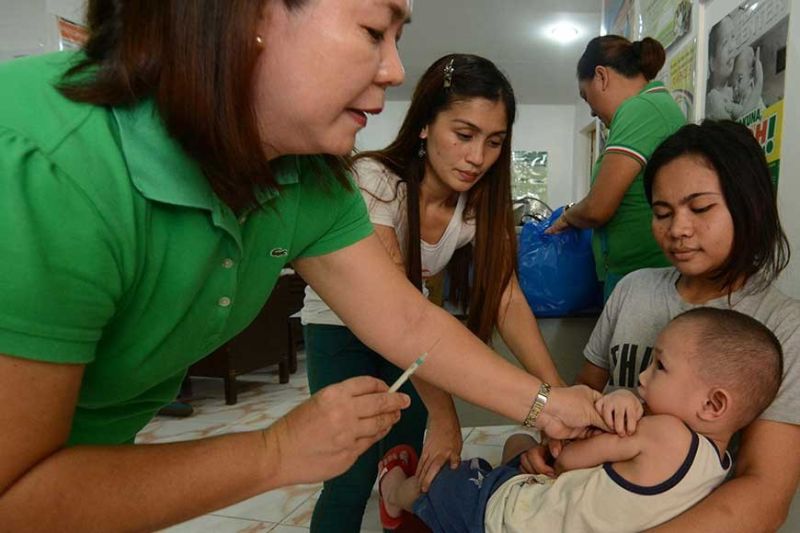 POLIO VACCINE. The Mandaue City Health Office needs to comply with the 95 percent target rate of children under five years old who need to be vaccinated or a total of 17,100 children by March 6, 2020. (SunStar File Photo)

OFFICIALS of the Mandaue City Health Office (MCHO) have admitted that meeting the 95 percent target rate for the catch-up vaccination of children under five years old has been difficult to achieve as they have vaccinated only 2,700 children from Feb. 19 to Feb. 21, 2020.

The 2,700 count is only 15 percent of the identified 18,000 children under five years old who have not completed their polio vaccination.

The World Health Organization (WHO) describes poliomyelitis or polio as “a highly infectious viral disease, which mainly affects young children. The virus is transmitted by person-to-person spread mainly through the fecal-oral route or, less frequently, by a common vehicle such as contaminated water or food and multiplies in the intestine, from where it can invade the nervous system and can cause paralysis.”

On Feb. 15, the Department of Health (DOH)-Research Institute for Tropical Medicine revealed that water samples from the Butuanon River in Mandaue City tested positive for the poliovirus. This prompted Mandaue City Mayor Jonas Cortes to declare the Butuanon River, as well as the Mahiga Creek and the Tipolo River, off limits to the public.

Dr. Rose Marie Ouano-Tirado said they have faced challenges while doing the vaccination on field because parents do not want to have their children vaccinated.

According to Tirado, parents refused to have their children vaccinated because they are afraid that the vaccine will have the same effect as Dengvaxia or the anti-dengue vaccine. The use of Dengvaxia has been embroiled in controversy after it was linked to the deaths of schoolchildren who were given the vaccine.

“We need to intensify the information dissemination because once they acquire the poliovirus, it cannot be cured,” said Tirado.

She added that children must be vaccinated so that they won’t get polio.

According to Tirado, not one of the barangays has completely vaccinated the “defaulters” or those children under five years old who have not completed their polio vaccination.

To address this, Tirado called all barangay captains and health workers for an emergency meeting on March 2, Monday to discuss a new strategy and approach.

She said the Philippines had been polio-free for 19 years but the disease returned due to improper waste management and the refusal of parents to have their children vaccinated.

Tirado added that they are willing to accept volunteers who are willing to help them during the house-to-house visits to achieve their target rate of 95 percent. (KFD)