Didal is SAC-SMB’s Athlete of the Year 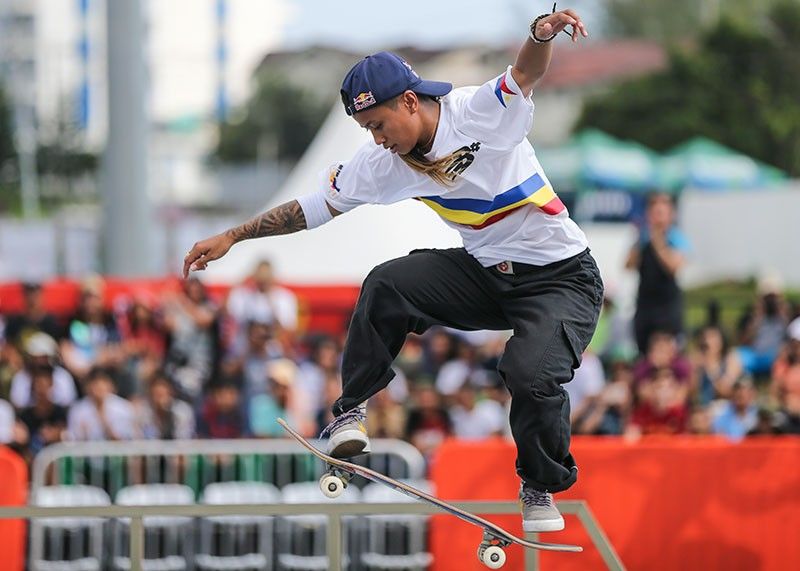 BEST OF THE BEST. Margielyn Didal, who won two gold medals in the Southeast Asian Games, won her first Athlete of the Year award in the SAC-SMB Sports Awards. SunStar File

SKATEBOARD sensation Margielyn Arda Didal shined the brightest among all the sporting stars after being honored as “Athlete of the Year” during the 37th Sportswriters Association of Cebu-San Miguel Brewery (SAC-SMB) All-Cebu Sports Awards on Feb. 29, 2020 at SM City-Cebu.

The 21-year-old Didal bagged the mother of all awards in what is considered as the “Oscar’s of Cebu Sports” for her remarkable accomplishments in the world of skateboarding during the past two years.

The pride of Barangay Lahug, Cebu City first shot to fame in May 2018 when she made history as the first Filipino skateboarder to see action in the Street League Skateboarding via the SLS PRO Open in London, England. In that same year, she also etched her name in stone as the first athlete to represent the Philippines in the X Games held in Minneapolis, Minnesota.

Didal spiced up her fantastic year by producing a gold medal for the country in the women’s street skateboarding event at the 2018 Asian Games in Indonesia.

Her triple feat earned her a spot in Time magazine’s “25 Most Influential Teens of 2018.”

A year later, Didal came up with another show-stopping performance when she settled for fifth place in the Street League Skateboarding World Tour in Los Angeles, United States. She scored 21.2 in the final to edge former world champion and five-time Summer X Games gold medalist Leticia Bufoni.

She capped her success story in 2019 by delivering a pair of gold medals for Team PHL in women’s skate and street skateboarding at the 30th Southeast Asian (SEA) Games.

“We are thankful for the award. This is not for Margie or for us, but this is for all. I hope the other parents of other kids will strive hard, despite poverty. Don’t lose hope. Let’s just support our kids so they will achieve their dreams,” Julie Didal, Margielyn’s mother, said in Cebuano.

Didal’s parents received the prestigious award on her behalf as she is currently in the United States to compete in the Tampa Pro event as part of her rigid preparations for the World and the Lima Open in Brazil, which is an Olympic qualifier.

Didal is in a hot chase for a spot at the 2020 Tokyo Olympics. She is currently at No. 13 in the women’s world street skateboarding rankings and is on track to make it to the quadrennial sports conclave as a total of 20 skateboarders will be given Olympic berths.

“Because of Margie’s acheivenments, the whole country has learned that skateboarding is a sport for Filipinos and the biggest contributor of its growth is from Cebu,” said Skateboarding and Roller Sports Association of the Philippines Inc. past president Monty Mendegoria. / POOLED REPORT