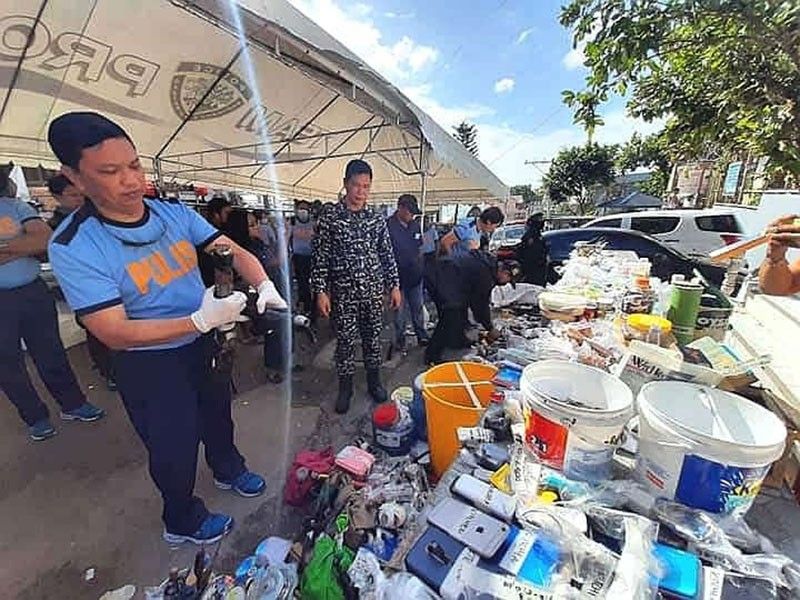 Similar greyhound operations were conducted in the cities of Mandaue and Lapu-Lapu on the same day.

But unlike at the CCJ, only improvised weapons were found in the operations at the city jails in these other cities.

Aside from PRO 7, personnel of the Bureau of Jail Management and Penology and Philippine Drug Enforcement Agency (PDEA) also joined in the operation.

Ferro said they initiated the operation after they received reports that some of the illegal drugs they recovered in previous operations were sourced inside the CCJ.

Separately, Supt. Julius Arro, who serves as warden of CCJ’s male ward, admitted that the problem of contraband smuggling inside the jail remains rampant.

Arro said contraband smuggling is a problem not only at the CCJ but also in other jails.

“This is not the time for blame and finger-pointing. Our point is that we are lucky we have this collaboration with the PNP and other law enforcement agencies,” Arro said in Tagalog.

As to the LPG tanks found in some cells, Arro explained that they allowed their detainees to bring some so they could cook their food.

Following the greyhound operation, Arro said they plan to improve their security as a way to stop the entry of contraband, especially since they lack the security measures to ensure that every visitor in the jail is thoroughly checked.

Arro admitted that they need X-Ray machines that would help detect contraband on people visiting the jail.

On the same day, personnel of the city jails of Mandaue and Lapu-Lapu and local police seized sharp objects and contraband during their greyhound operation at the facilities.

No illegal drugs were recovered inside the jails during the operation.

Ferro clarified that for now, no charges will be lodged against any detainee at the CCJ since no one would claim ownership of the illegal drugs and other contraband.

But Ferro ordered his men to conduct a forensic examination on the cellphones recovered during the greyhound operation so they can trace who was conducting the sale of illegal drugs in the CCJ. / AYB, BBT, GCM, KFD / JKV