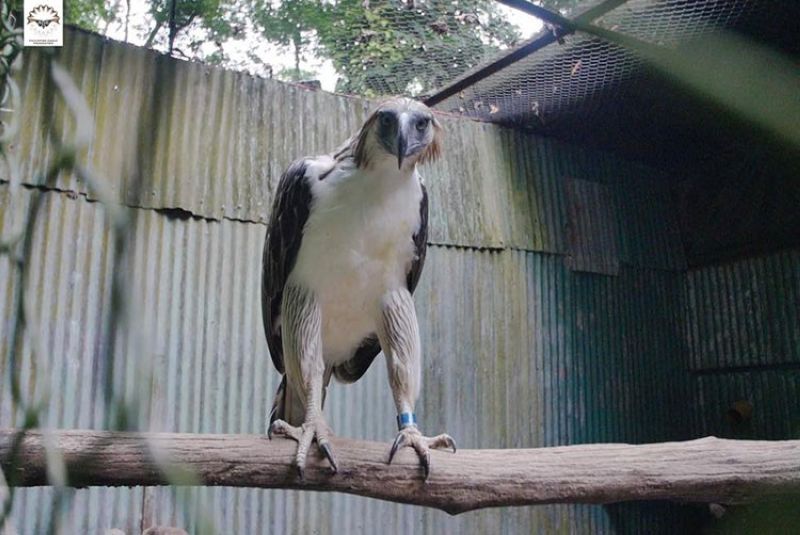 THE two captive-bred Philippine eagles that are sent to Singapore in June 2019 are now in good health condition but are still struggling to pair up due to the new environment.

Philippine Eagle Foundation (PEF) director for research and conservation Dr. Jayson Ibañez said on Friday, February 28, during the Connect press conference that the two eagles -- Sambisig and Geothermica -- are still adjusting to their new environment after more than nine months since it was shipped to Singapore.

"Based on our update from partners, the birds are doing well. But in terms of their pairing up, because of the transfers, there's a delay in the pairing up," Ibañez said.

As of now, he said they are now slowly adjusting, which is evident in their health condition.

Sooner, he said they are expected to breed their offspring.

He said the PEF and the Department of Environment and Natural Resources (DENR) are expected to visit the two eagles this March.

The eagles are currently staying at Jurong Bird Park, currently being managed by the Wildlife Reserves Singapore (WRS).

The travel of 17-year-old female Sambisig and 15-year-old male Geothermica is under the Wildlife Loan Agreement inked between DENR and WRS in 2019.

Ibañez said the primary objective of loaning a pair of Philippine eagles is to breed the birds in captivity and to raise awareness on Philippine wildlife conservation to the international arena.

Ibañez said in a previous interview the loan to a foreign institution is a backup plan to secure the population of the critically endangered species in case of exotic diseases and effects of climate change.

PEF hopes that the loan will "help secure a gene pool of the Philippine eagles for species conservation and as insurance against natural calamities that can wipe out the only captive Philippine Eagle population at the facility."

Meanwhile, he said the Philippine eagle population has been faring well in recent years, as more of them are being discovered in the wild.

This came after the International Union for Conservation of Nature reported an estimated 800 individuals left in the wild, which are still considered critically endangered.

Ibañez said the numbers have improved due to conservation efforts in the last 31 years.

PEF is a non-government organization pushing for the protection and proliferation of Philippine eagles in the country.