Bzzzzz: Jun Alcover’s son also talks of 'battle' – of words – about his exit 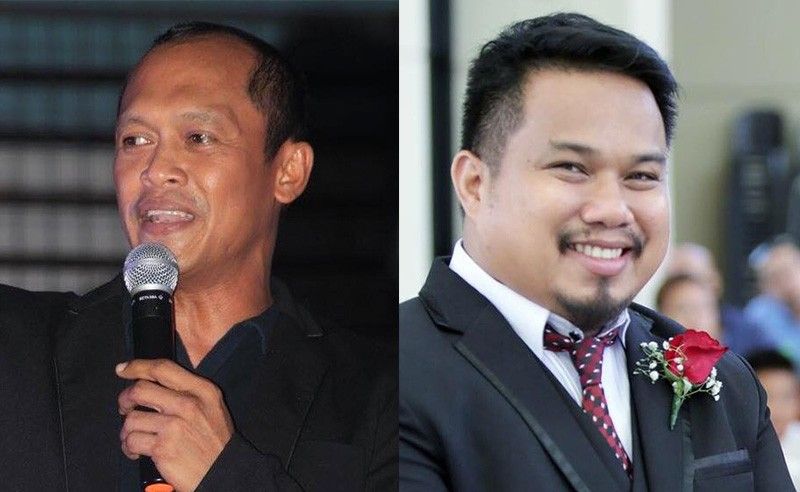 [1] UNGAB’S REMOVAL AS APPROPRIATIONS COMMITTEE CHAIRMAN. Davao City Mayor Sara Duterte-Carpio’s regional party Hugpong ng Pagbabago condemned strongly the ouster by House Speaker Alan Peter Cayetano as “unacceptable.” Cayetano took out Davao Rep. Isidro Ungab, a leader of Sara’s regional party Hugpong ng Pagbabago, for loss of trust and confidence. Ungab, Cayetano said, was more interested in intrigues than working with him. The ouster, the Hugpong statement, is disadvantageous to the Duterte administration. Duterte-Carpio herself didn’t make the criticism but there was no doubt that the statement was issued only because she ordered it. If another coup would change leaders at the House, it wouldn’t be Mayor Carpio’s doing.

[2] VOTE FOR QUESTIONING VFA TERMINATION WOULD’VE BEEN 13. Senators Manny Pacquiao and Pia Cayetano arrived late, with Manny saying he would have voted for a Supreme Court petition on the need for Senate concurrence on terminating the treaty. As it was, the vote was 12-0-7. Senate President Sotto and 11 other senators voted for the resolution. Nobody voted against but seven senators abstained (because, one senator theorized, “they feared they might offend the president”): Bong Go, Bato de la Rosa, Aquilino Pimentel, Imee Marcos, Bong Revilla, Francis Tolentino and Cynthia Villar. It was merely a question of law, said Minority Leader Franklin Drilon. The vote of yes was for the institution, said Ping Lacson.

Lemar A. Alcover, son of former Cebu City councilor and former party-list congressman Jun Alcover, was relieved as the mayor’s deputy and chairman of the Cebu City Mining and Regulatory Board in a memorandum (#2020-23). The memo was signed by Mayor Edgardo Labella on January 7 yet SunStar ran the story only Tuesday (March 3), two days after it received a copy of the order.

The story would’ve drawn little notice except for two things: (1) it alludes to some wrongdoing as the young Alcover was ousted because he and his group allegedly conducted checkpoints and arrested suspected violators of the mining ordinance without having been deputized; and (2) his father is Jun Alcover who is identified with the Mike Rama faction in Partido Barug and who recently tangled with the mayor’s city administrator.

The story has both the elements of irregularity, if not corruption, and internal strife in the city’s ruling party.

Leak of the story

But Lemar was evicted from the mining board in January yet. Apparently, they didn’t want it publicized but almost two months later, the story leaked or was leaked.

Why? It must be to serve notice to the sand-and gravel haulers and the small-scale miners that Lemar had been replaced by City Attorney Rey Gealon. Some of them must have thought Lemar was still in charge. Or they didn’t want it known because it had created another wrinkle in the relations between Mayor Labella and Vice Mayor Rama. Tuesday (March 3) Lemar told Jason Monteclar in his dyCM radio program that he suspected he was replaced because he was perceived as a supporter of Rama. He was ready to do battle, he said. When pressed by Monteclar what he meant, he said “battle of words.”

Even that kind of a war wouldn’t look good for the ruling party. That would mean the two factions exchanging criticisms and charges in public.

The son of fire-eating former councilor-congressman Jun Alcover also figured in controversial events in the city, topped by having been, with six others, charged by then mayor Tomas Osmena in March 2017 and indicted by prosecutors with refusing to return the high-end pickups issued by the city to their barangays. The young Alcover was reportedly the first of the seven respondents to flinch and return his vehicle. Lemar was also the one who filed in the same year a complaint against Osmena and four councilors, among others, for malversation and graft in connection with the seizure of an ambulance from a barangay. The charges and counter-charges were eventually thrown out.

But it put Lemar’s name in the Page 1 stories.

While Lemar hinted of a “battle” within Barug, he told Monteclar he had no problem about losing his job at the mining board. Maybe because he is still in the employ of City Hall, in the Peace and Order and Public Safety unit under the office of the mayor. But he said he wasn’t sure actually that he still held the position -- and he wasn’t asked if he was still getting his pay regularly.

Need to be deputized

What was not resolved yet in the Lemar firing was whether the young Alcover and his group were deputized. He said he led all the arrests and confiscations (less than 20, he said, during his stint) and he didn’t need to be deputized as he was the chairman.

Cebu City ordinance #2115, authored by then councilor Labella, authorized the creation of the Anti-Illegal Mining Local Enforcement Team. During his term as mayor, on November 2, 2017, Tomas Osmeña created the team pursuant to the Labella ordinance.

The same ordinance allows the periodic inspection of small-scale mining sites and the roadside inspection of vehicles carrying mineral products. The team can also apprehend drivers and impound vehicles for failure to produce delivery and transport receipts.

Lemar allegedly didn’t report some of the arrests he made. But did he and his team need to be deputized and accredited by the Mines and Geo-sciences Bureau?

If they didn’t meet the requirement, whose fault was it that they were not properly equipped to do the job? It was a blot on the mayor’s office, under which the mining board and the enforcement team operate, more so if taint of corruption was suspected. The order relieving him was silent about the cause.

The Lemar issue is not something the Labella-Rama administration would be happy to unravel and see to its end. Lemar also has to choose which ending he’d rather have.

Decidedly though, it will hang over Barug until it is resolved towards the opening of the 2022 election season.