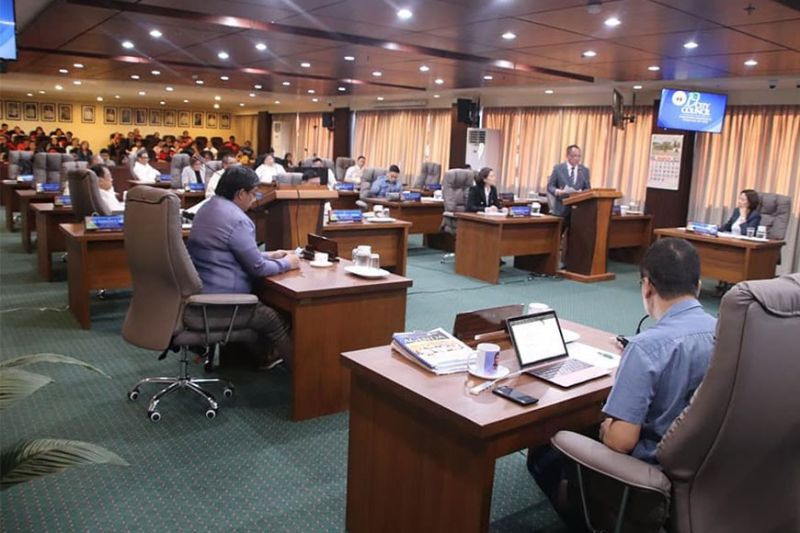 Councilor Jocelyn Rodriguez said a city ordinance institutionalizing the Magna Carta for Women, particularly on Women in Especially Difficult Circumstances, should be created.

This came after Councilor Lordan Suan brought up the case of a female inmate who committed suicide in Maharlika Detention Center during the City Council session last Monday, March 2.

On February 27, the female inmate, identified as Rhey Ann Antig Talo-on, hanged herself inside the comfort room of the Maharlika Detention Center's female facility using her belt.

However, Suan said Talo-on's relatives informed him that when Talo-on was about to pay for her groceries, her child ran off. She chased after her child with the unpaid groceries in hand, after which she was accused of stealing.

"It is also quite possible that she really did steal those groceries and it is possible she did not. We will never know now because she's dead, she committed suicide," he added.

Suan said the city needs to have proper protocols in placed for situations like that of Talo-on, as he found it improbable that "a person will kill herself for being caught stealing."

"What is probable is that she would kill herself because she was actually innocent and she could not bear the shame," Suan said.

Rodriguez, for her part, asked if a city ordinance on women in especially difficult circumstances exists, adding that there is a need to create one if there is none.

"Duna ba gyud ta because it is really a national magna carta na the city should have an ordinance for this to protect women who are a victim of detention for some other reasons or what," Rodriguez said.

Under the Magna Carta of Women, women in especially difficult circumstances refers to victims and survivors of sexual and physical abuse, abuse, illegal recruitment, prostitution, trafficking, armed conflict, women in detention, victims and survivors of rape and incest, and such other related circumstances which have incapacitated them functionally.

"Local government units are therefore mandated to deliver the necessary services and interventions to WEDC under their respective jurisdictions," as stated in the magna carta.