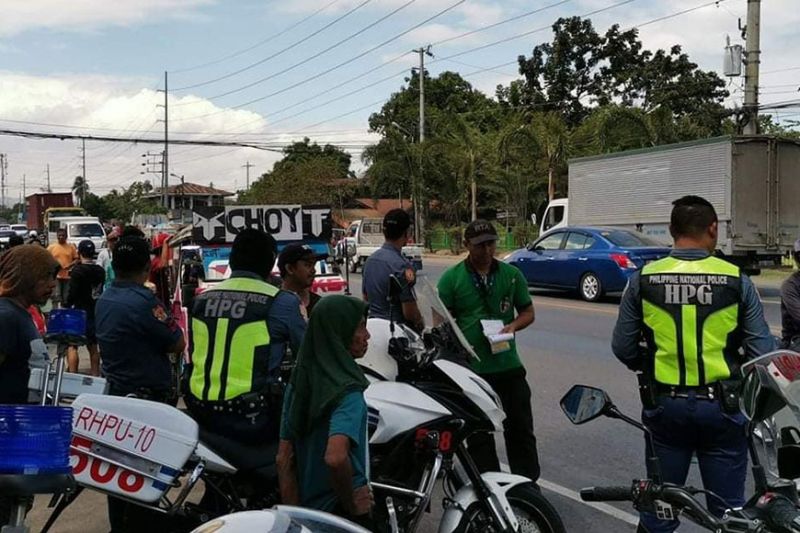 "Kanang clearing operations sa dalan, let the policemen be on the frontline and if they cannot do it and they need help, let us ask General Calizo to talk with the 4th ID commander and ask for assistance," Cabanlas said.

Cabanlas said the military's assistance should boost the safety and security of the team during clearing.

However, Councilor Romeo Calizo said there is no need for the 4ID to be involved in the city's road clearing operations.

Calizo, chairperson of the committee on police, fire and public safety, said if the city police have a proper security deployment, 4ID Army personnel will not be necessary.

But he said in the event that there are reported existence of a terrorist group or big private armed groups, the Task Force Oro is always ready to take action.

The proposal to get the 4ID involved in road clearing operations was brought up following the shooting incident that killed Roads and Traffic Administration (RTA) enforcer Mark Langam.

"Should they deploy the Army, then good enough but depending in the situation. Kato na higayon, akong tan-aw dili na kinahanglan ang Army," Calizo said.

He added that the RTA enforcers should be given appropriate equipage and uniform that will be looked upon by the public as a symbol of authority.

Antonio Resma Jr., the inspectorate team leader of the Regulatory Compliance Board (RCB), for his part, said they already have initial talks with the Task Force Oro.

According to Resma, during a meeting with the Task Force Oro, they have decided to leave the security measures to the Cagayan de Oro City Police Office (Cocpo), on how many police personnel is needed and if the Army should get involved.

"So we will leave it up to Cocpo to check kung kailangan ba ng support from 4ID," Resma said.