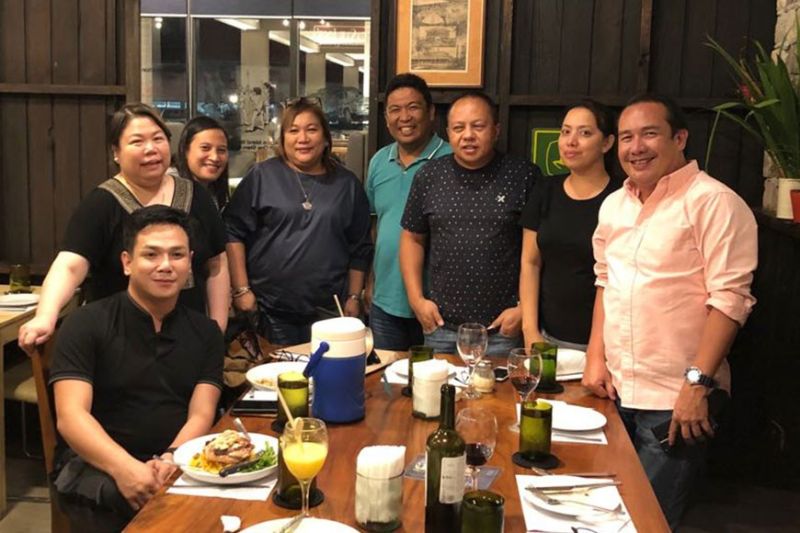 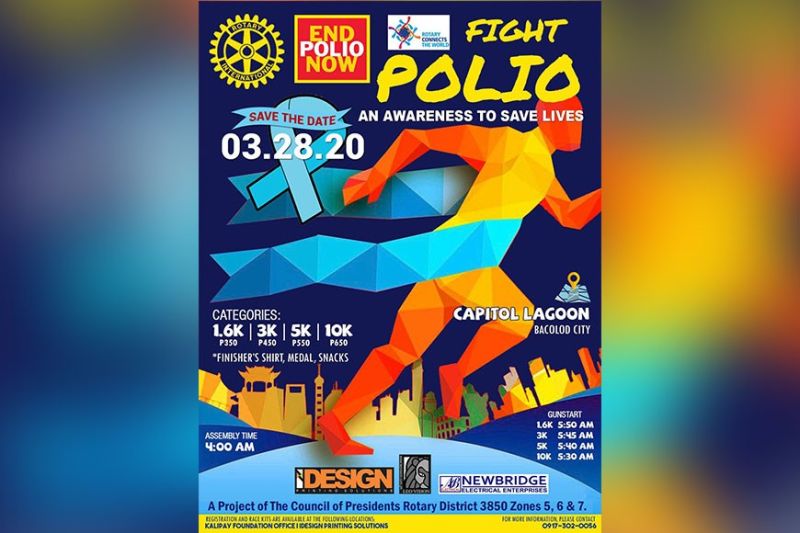 The poster for the fun run (Contributed photo)

THE rotary clubs in Bacolod and Negros Occidental are jointly holding a fun run to raise awareness and funding for the eradication of the deadly communicable disease, polio that has once again re-emerged in our country.

The “End Polio Run: An Awareness to Save Lives” which will be on March 28 at 4:30 a.m. will kick off from the Provincial Capitol Lagoon and will have various categories from a 1.6 -kilometer run to 10-kilometers going north of the city.

Eradicating polio is one of the civic organization’s main thrust to end the disease worldwide. It was launched by Rotary International in partnership with the World Health Organization some 30 years ago in the Philippines and while we have been declared polio-free in the last two decades, the sudden re-emergence of polio in our country last year has troubled medical experts.

Sugar Ababao, president of the Rotary Club of Bacolod North and chair of the Rotary Council of Presidents in Negros said that the various clubs have been mobilized to advocate for polio vaccination and have conducted forum to raise awareness.

“This is our way to contribute to the eradication of polio which at the moment has infected some 17 children in our country. Even one case alone can lead to serious epidemic and we hope that through some of our activities, we can provide information to the public on how important vaccination against the disease is,” Ababao said.

Marinette Torrejon, president of Rotary Club of Bacolod East and chair of the fun run said that they opened their registration last Tuesday and they expect hundreds of runners, especially Rotarians all over the province to support this cause.