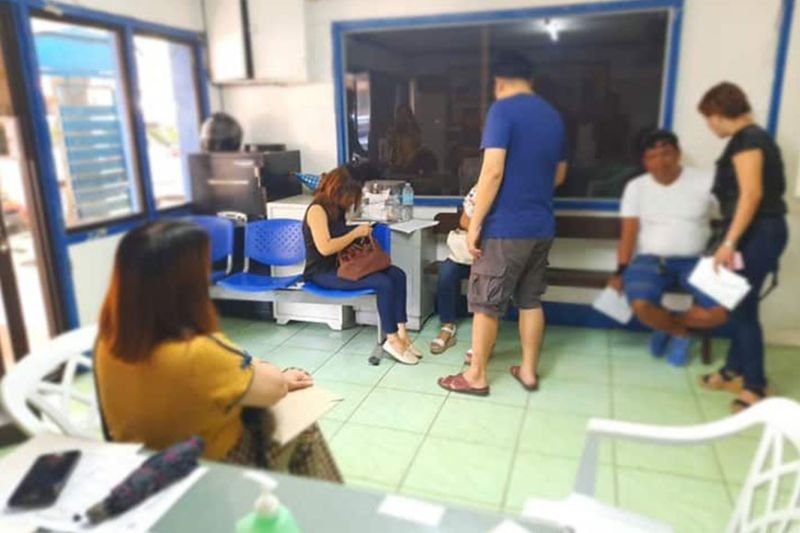 FOURTH-YEAR DELAY. Complainants against United Treasure Credit Corporation say they got incentives every six months in the first three years only to get the go around starting in the fourth year, which was last January. They suspect their money got re-invested in another investment scam. (Sunstar Photo / Arnold Bustamante)

SOME 10 persons filed a complaint at the Criminal Investigation and Detection Group (CIDG) Region 7 against an investment scam run by their own friend.

Most of them invested at least P100,000 in United Treasure Credit Corp. based in Riverdale Subdivision and reportedly run by Clarissa Toledo. The complainants said they had no problems in the first three years when they received incentives every six months. They were also able to take out a loan from the cooperative.

However, in January 2020, they didn’t get any incentive and weren’t also allowed to take a loan because someone else took out a loan ahead of them. When they inquired about the money they invested, they said Toledo came out with a lot of excuses.

“It was good at the start, during the first three years, because we got incentives. We were also able to take out a loan. but last January, we couldn’t secure a loan to we began to have doubts,” said one of the complainants who asked not to be named.

They said they are prepared to file a case in court.

Joan (not her real name) of Barangay Tisa invested P380,000 in the company becuase Toledo was her friend. She said because she trusted her friend and the company so much, she even invited her children, who are both working, to invest.

She said it was smooth sailing in the early years as she got a share of the 10 percent interest whenever a loan is taken.

“So we got worried when she wouldn’t let us take a loan anymore. She would just tell us that someone got a loan ahead of us,” Joan said.

They suspect that their money, estimated to be at P3 million, may have been re-invested in another scheme like Kapa or Organico since the fall of the United Treasure Credit Corporation coincided with the fall of the two.

They said Toledo assured them that she will pay them but she could no longer be contacted. One of the complainants forwarded the number to Superbalita Cebu to get the side of Toledo but the phone couldn’t be contacted.