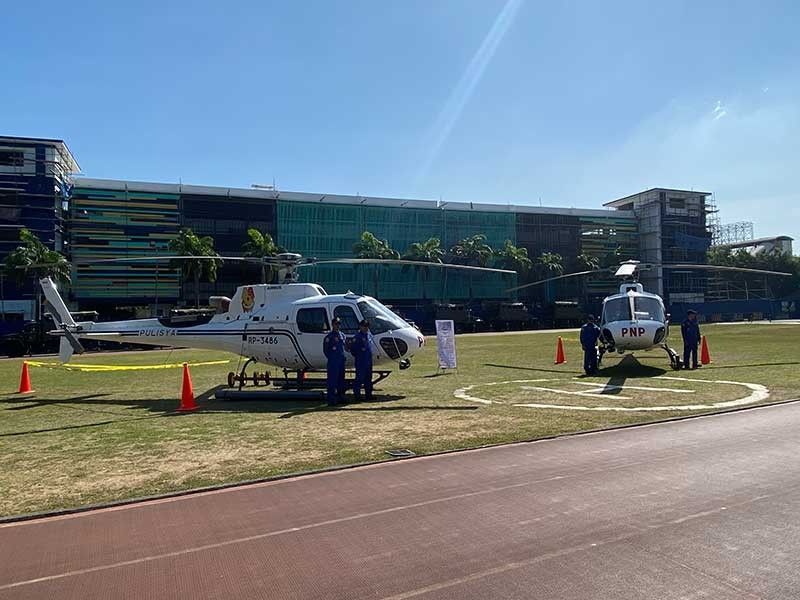 ALL the air assets of the Philippine National Police (PNP) were grounded after a brand new helicopter crashed in Laguna Thursday morning, with PNP Chief Archie Gamboa and three other generals on board.

“The PNP Command Group and Quad Staff has convened and immediately ordered the temporary grounding of the entire PNP fleet of rotary-wing aircraft as a standard procedure while an investigation is underway,” said Major General Benigno Durana Jr., director of the PNP-Directorate for Police Community Relations director and acting spokesperson.

Durana said the PNP fleet consists of seven brand new helicopters that were acquired since 2017.

He said the Bell 429 chopper, which figured in the accident, was brand new.

He also said the pilots were all “well-trained.”

Aside from Gamboa, seven other persons were on board the Bell 429 helicopter when it hit a power line and crashed at about 7 a.m. Thursday, March 5, 2020.

Ramos and Magaway remained in critical condition as of 3 p.m. Thursday, eight hours after the crash.

PNP deputy chief for administration Lieutenant General Camilo Cascolan has formed a Special Investigation Task Group that will conduct an investigation on the incident.