Southwoods opens up with 5-point lead 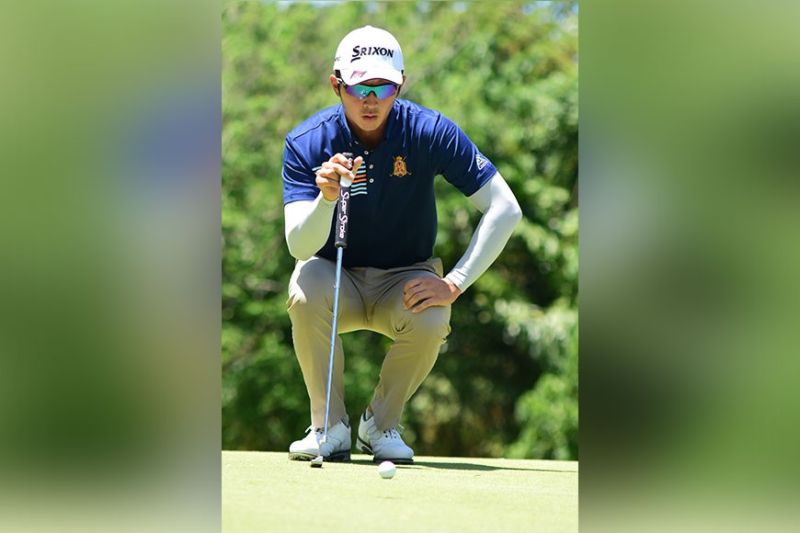 NEGROS. Japanese Aguri Iwasaki is the only player to break par at the Negros Occidental Golf and Country Club in Binitin, Murcia. (PAL Interclub Photo)

FANCIED Manila Southwoods survived the day with pooling 122 points for a slim 5-point lead over Luisita after 18 holes of the 73rd Philippine Airlines Men’s Interclub at the Negros Occidental Golf and Country Club.

Japanese Aguri Iwasaki, who will be making his pro debut in the Asian Development Tour next month, became the only player in the talented field to break par, shooting a one-under 70 worth 37 points to anchor the Carmona-based squad even as the defending champions Cebu CC also struggled over at Binitin in Murcia town while playing in the Founders Division.

Yuto Katsuragawa closed out with an uncharacteristic bogey 6 and signed for 30 points, with young Josh Jorge shooting 28 and veteran Vince Lauron scoring 27 for Southwoods - which threw away the 21 of Santino Laurel.

Meanwhile, Luigi Guerrero fired 33 points while Dan Cruz had 31, Jondie Quibol 28 and Ronel Tagaan 27 for Luisita’s 117, which lost two points on a penalty after Tagaan was penalized for holing out for a double bogey on the par-4 17th.

SW team official Jerome Delariarte said that they’re happy with how things turned out, considering how tough the conditions were. “It was very difficult out there and our players performed well enough to put the team in the lead,” he added.

Mark Dy and Jon Alvarez accounted for 31 points each, Marco Mendoza fired 29 and Cebu CC counted the 21 of Martin Mendoza to trail the Championship division pace by six.

Cebu won the overall title last year also by coming from the lower division, and pulling off that feat once again here would make the club the only team to do it twice. Aguinaldo was the first to achieve it in 1988.

On the other hand, Del Monte trailed Southwoods by 16 points heading into Day 2 at the Bacolod Golf and Country Club in Binitin after Rolando Bregente, who scored 31, failed to get enough support with Julius Langamin and Rene Langamin shooting 26 and Joel Bernaldez 23. (JSG)