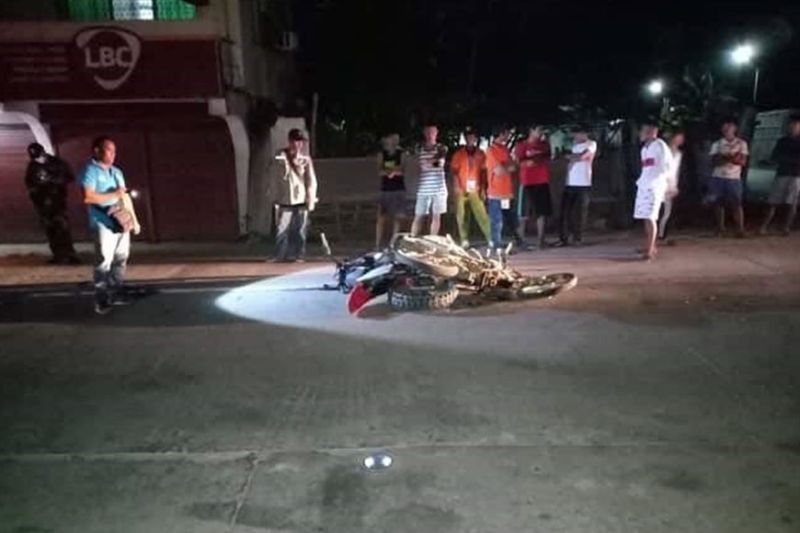 NEGROS. The area at Barangay Balintawak in Escalante City where a motorcycle colission happened resulting in the death of a rider and injured another Tuesday evening. (Photo by Escalante Police)

Killed was Joseph Saga, 47, while injured was Felix Lesondra, 44.

Investigation showed that Saga was on his way home when the accident happened.

Upon reaching South Avenue along the national highway in Barangay Balintawak, the victim suddenly made a left turn.

The police said Saga probably failed to see the approaching motorcycle driven by Lesondra so he hit the latter.

Due to the impact, Saga was thrown away and sustained serious injuries. Lesondra also fell from his motorcycle.

They were brought to a hospital but Saga did not survive, he was declared dead on arrival.

The other rider is still recuperating.