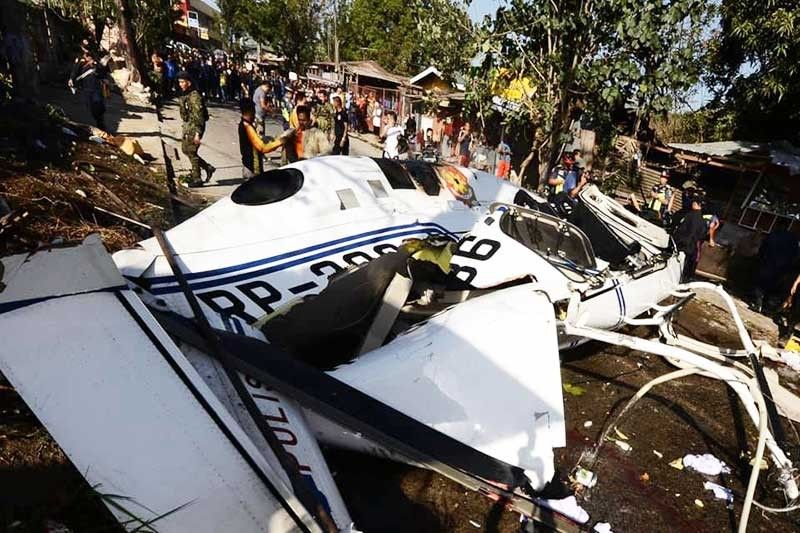 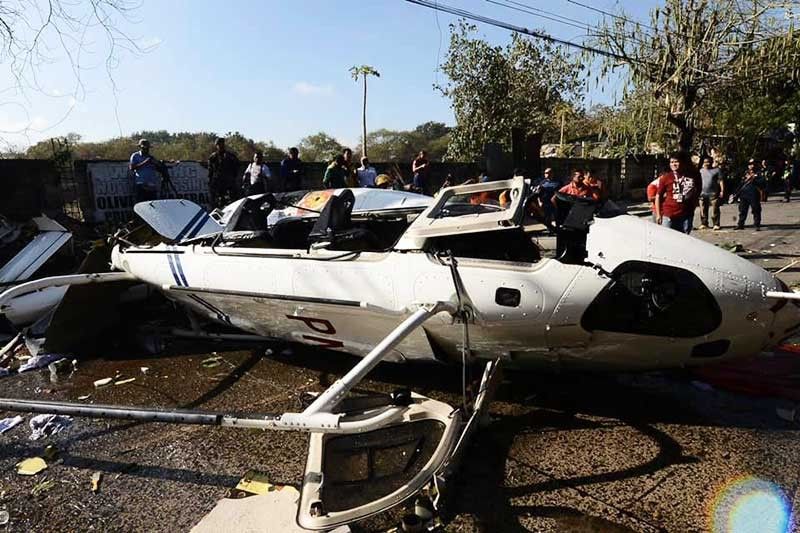 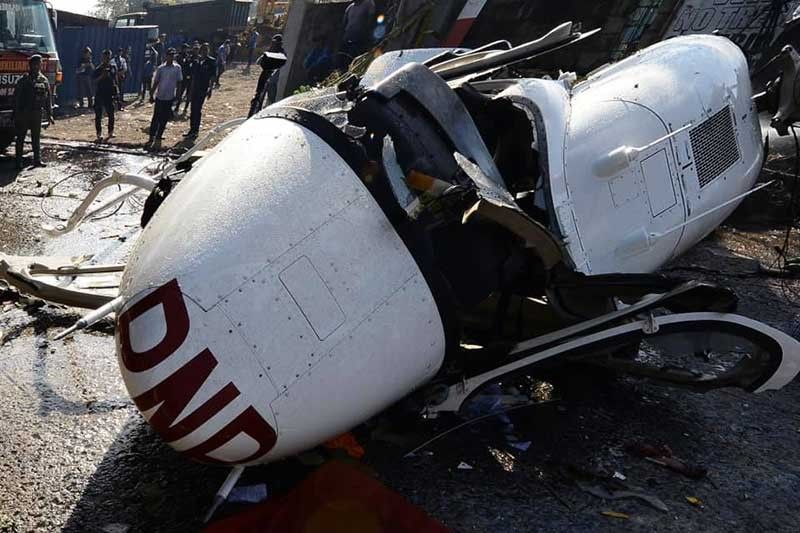 INTERIOR and Local Government Secretary Eduardo Año on Friday, March 6, said the investigation into the helicopter crash is looking into the suitability of the landing site in San Pedro, Laguna.

Based on the video of the takeoff, Año noted that the pilot had zero visibility after a thick cloud of dust swirled around the Bell 429 helicopter as it took off.

(Before the chopper landed, firemen sprayed the landing zone with water. They should have done the same before takeoff.)

Año also confirmed receiving information that the barangay captain had advised against using the Laperal Compound in San Pedro, Laguna as landing site because of the power lines overhead.

The Philippine National Police (PNP) helicopter, a brand new rotorcraft acquired in 2018 for P435 million, crashed after hitting the power lines shortly after takeoff at about 7 a.m. Thursday, March 5, 2020.

Gamboa and the other generals were in San Pedro to inspect the impounding area of the PNP Highway Patrol Group. They were on their way to the Calabarzon Police Regional Office headquarters in Camp Vicente Lim in Calamba when they crashed.

Ramos and Magaway are in critical condition while Gamboa and the rest sustained minor injuries.

He said Magaway is showing “little signs of improvement” while Ramos is still in an “unstable” condition.

Lieutenant General Guillermo Eleazar, PNP deputy chief for operations who is leading the crash investigation, said they will be working with experts from the Civil Aviation Authority of the Philippines (CAAP) and Air Forces Safety Office.

Their initial findings would be discussed Friday afternoon.

He said they did not set a timetable for them to be able to finish the investigation but “it should be finished the soonest possible time.”

Eleazar said the chopper has no blackbox and investigation will be based on the accounts of the witnesses as well as the victims.

He said they have yet to get the statement of the pilots.

“But just the same all the evidence will come from the site mismo and the statement of the witnesses pati na rin mga passengers, mga first responders pwede na natin makita ‘yung buong sitwasyon so that we can make necessary findings and recommendations,” he said.

Eleazar said they were awaiting CAAP clearance to remove the chopper from the crash site.

Eleazar also assured that police operations will not in any way be affected by the grounding of all PNP air assets pending the conduct of investigation.