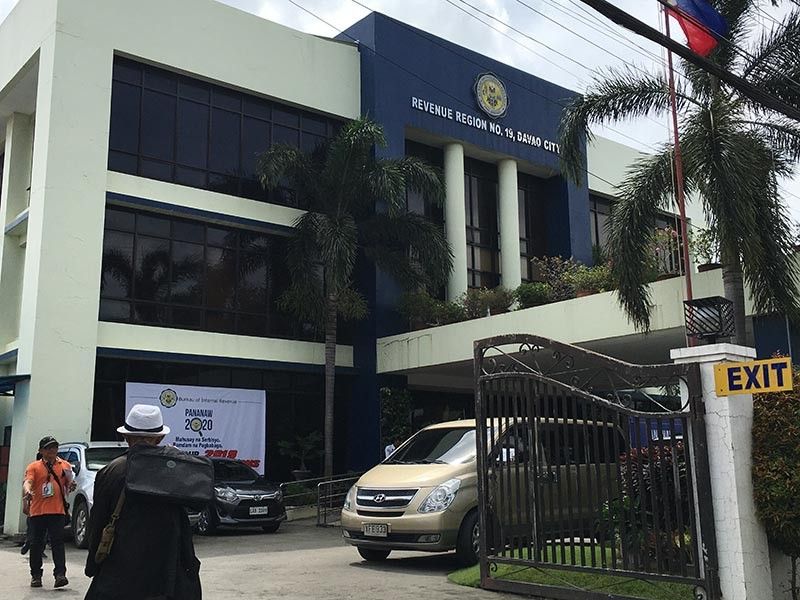 (Photo by Roberto A. Gumba Jr.)

THE Bureau of Internal Revenue in Davao Region (BIR-Davao) recorded a short of 8.45 percent of its 2019 tax collection target of P19 billion.

In the data provided by BIR Davao, the agency has collected about P18 billion in 2019, about P1.6 billion deficit of its collection target.

However, the 2019 collection is also about 8 percent higher compared to its tax collection in 2018.

BIR-Davao director Joseph Catapia said the failure to meet the collection target was due to the low value-added tax (VAT) payments.

Based on their record, VAT contribution for 2019 is lower by 19 percent or P1.1 billion short of the P5.8 billion target.

Catapia said large businesses tend to misdeclare their earnings which will be the basis of the tax to be collected.

He explained that businesses with annual sales of P3 billion and above are mandated to pay VAT or 12 percent from their earnings per year.

For businesses with yearly sales lower than P3 billion, they will only pay the percentage tax or a fixed rate of 3 percent from their sales.

However, VAT taxpayers only pay less than one percent.

“On average, voluntary VAT compliance is less than one percent. Small taxpayers’ contribution is bigger than those payments made by the big taxpayers,” he said.

“VAT taxpayers tend to under-declare their sales and maximize the claim of input taxes,” he added.

With this, he urged the VAT taxpayers to increase their voluntary payments to be fair with small businesses.

“We are appealing to our taxpayers that they should increase the voluntary payment of taxes. At least man lang [they pay] one percent for them to be at par with the small taxpayers which are paying 3 percent. If we will allow less than one percent average VAT compliance, it will make taxation unfair and inequitable,” he said.

He said it would also affect the funding for all the government programs especially the Build, Build. Build.

Catapia added they will intensify their enforcement of the sales monitoring.

“If we prove that they underdeclare more than 30 percent of their supposed correct amount sales transactions, then they can be subjected to Oplan Kandado. It can be opened only upon payment of whatever deficient in taxes due to the government,” he said.