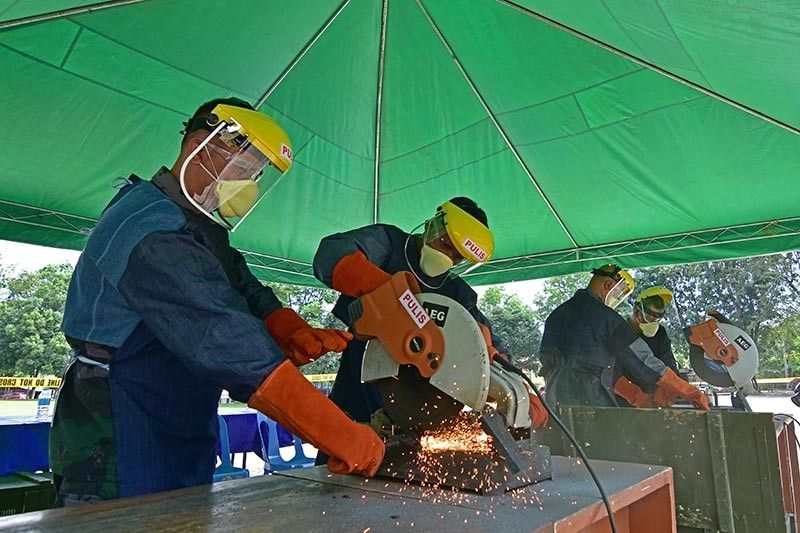 ASSORTED firearms were destroyed during a demilitarization ceremony on Friday morning, March 6, at the Police Regional Office (PRO)-Davao headquarters in Catitipan, Davao City to prevent it from being reused as part of the effort to put an end to the local communist armed conflict (Elcac).

The activity is a process by which firearms, explosive and ammunition turned in by former NPA members are destroyed through the cutting of individual steel pieces using circular saw or blow torch into sections, bending and deforming each piece, deforming the hammer, and trigger using blowtorch, cutting or chopping the wooden parts and stamping the aluminum parts.

The destruction was led by the PRO-Davao Firearms, Explosives and Ammunition Disposal Committee (FEADC). Escobal assured that the firearms underwent the strict documentation of the process to prevent “cannibalization and pilferage” of firearms.

The rite is in line with President Rodrigo Duterte’s campaign to end the local communist armed conflict through Executive order no. 70 that seeks to institute a whole government approach to end the communist insurgency.

In his message, Dayanghirang commended the efforts of the Philippine National Police (PNP) and the Armed Forces of the Philippines (AFP) in running after rebels in their province and in achieving lasting peace.

He added that based on the information revealed by some former rebels, the communists are attempting to recover the barangays that were previously declared as insurgency-free. This is the reason why the local government is strengthening its effort to provide the needed services on the ground.

Dayanghirang added that the initiative of PRO Davao in deploying policemen in different barangays in far-flung areas is a deterrent factor to prevent the entry of NPA in the area. He emphasized to the police the importance of maintaining a good relationship with the community to win back their trust and support. (JCR)