A winter escapade to Norway (Part 1) 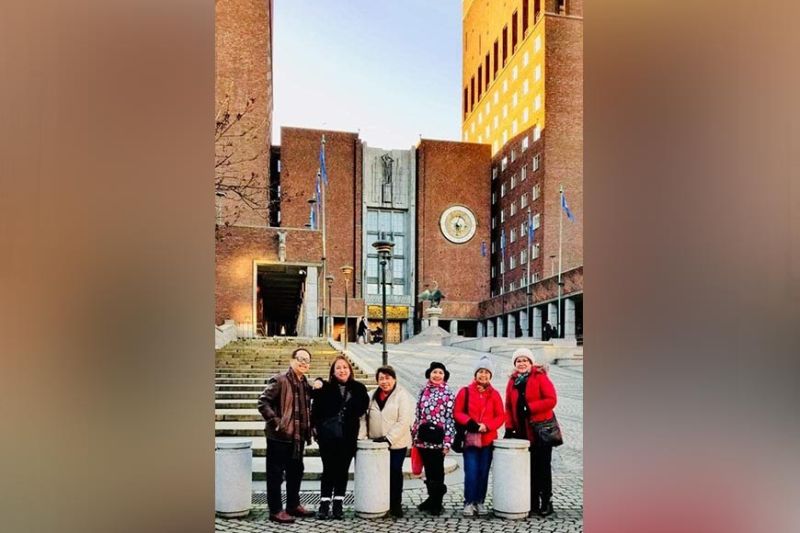 NORWAY. The architecture of OSLO City Hall looks stark and strange, but still a beautiful building. Standing out front are: Pete, Gladys, Janet, the author, Genie, and Emma. (Photo by Debb Bautista) 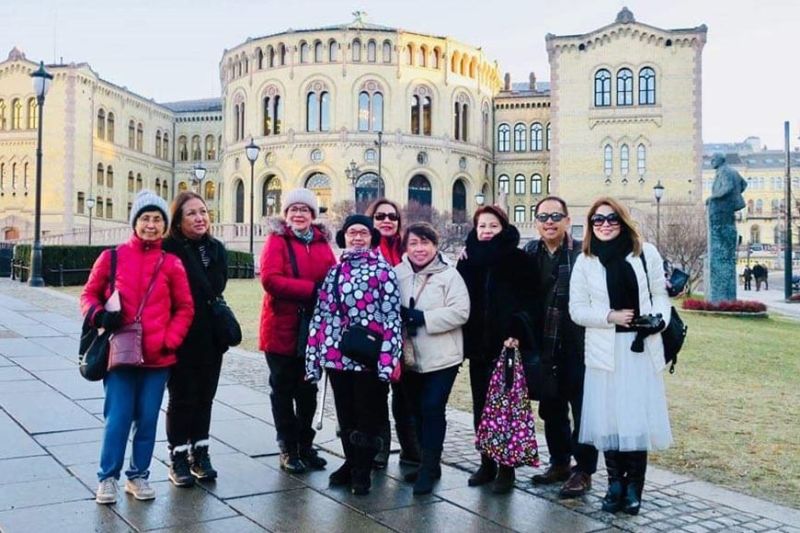 NORWAY. The Norwegian Parliament House is a huge building with a unique and beautiful architectural style. Having a great photography opportunity are: Genie, Gladys, Zeny, the author, Babsy, Janet, Emma, Pete, and Gizelle. (Photo by Debb Bautista) 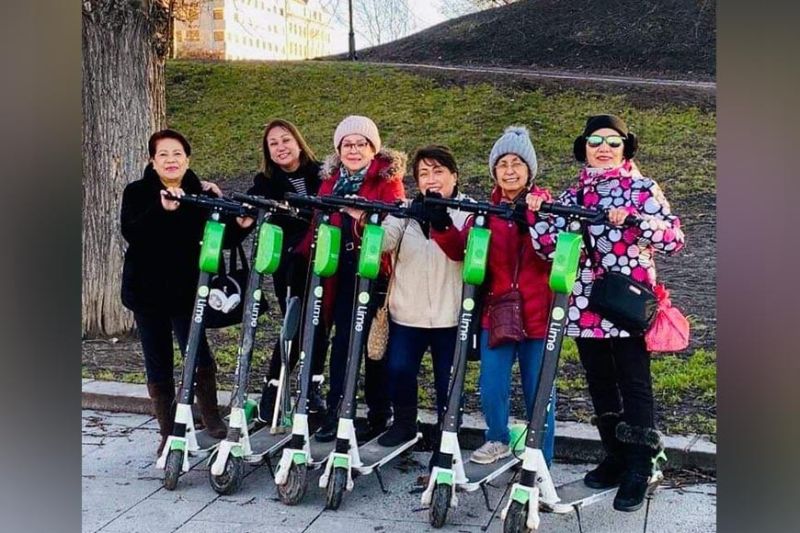 NORWAY. Posing on scooters at the Oslo Park are: Emma, Gladys, Zeny, Janet, Genie, and the author. (Photo by Debb Bautista) 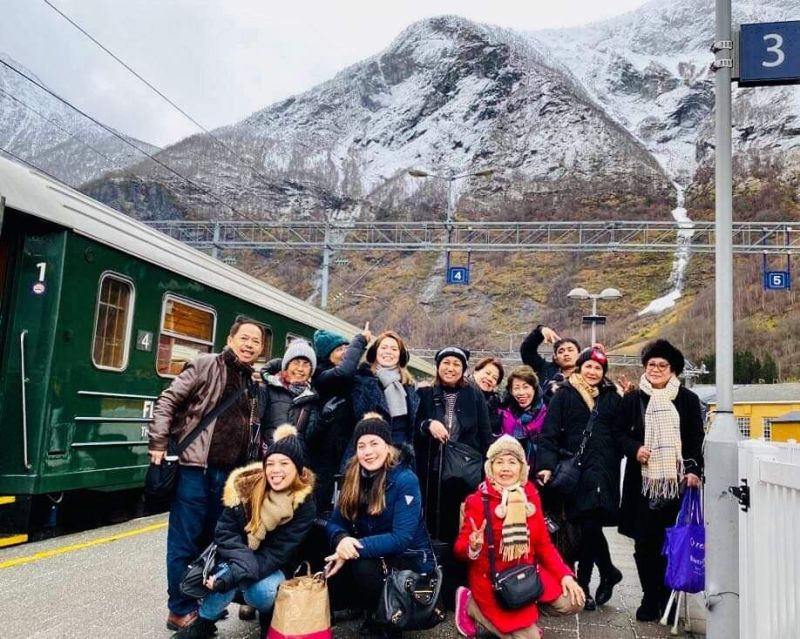 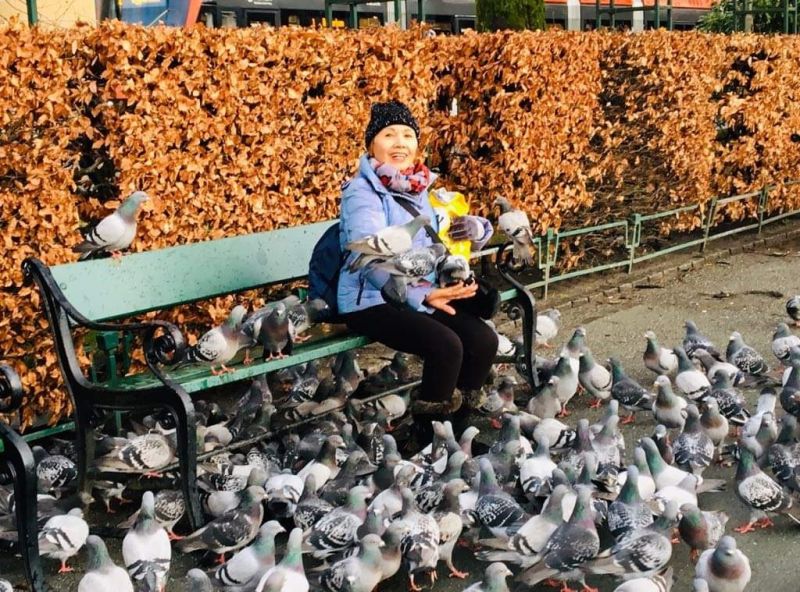 NORWAY. Pigeons flock around the author at Oslo Park. (Photo by Debb Bautista) 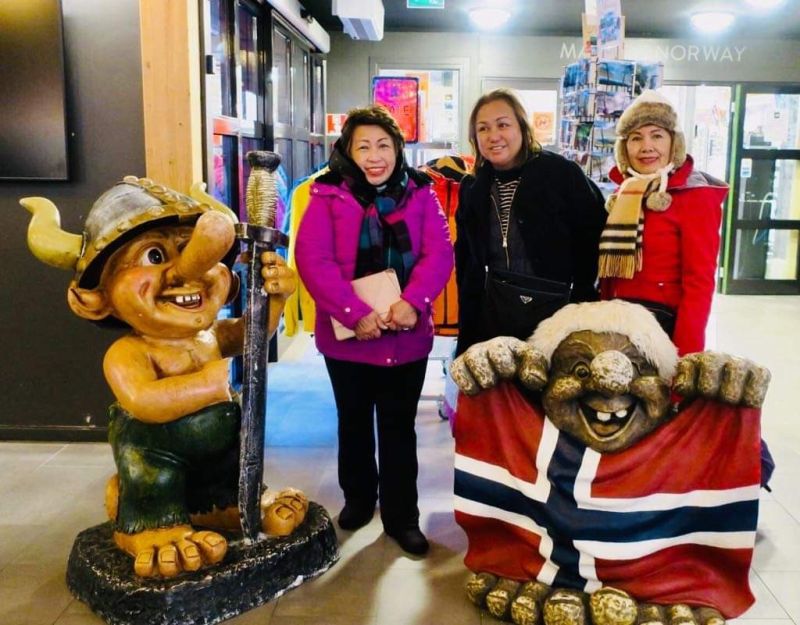 NORWAY. Janet, Gladys, and the author stand behind trolls inside a shopping wall in Flam. (Photo by Debb Bautista) 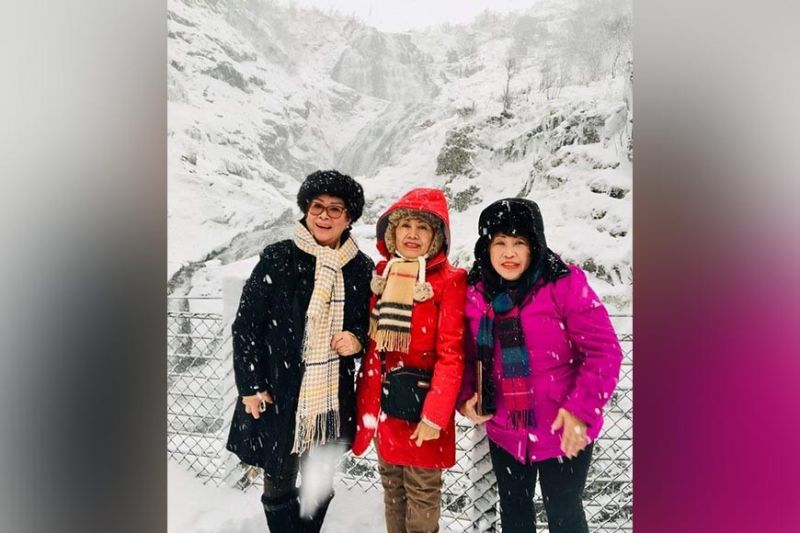 NORWAY. The Flamsbana train stops at the frozen Kjosfossen Waterfall. Zeny, the author, and Janet grab this photo opportunity. (Photo by Debb Bautista) 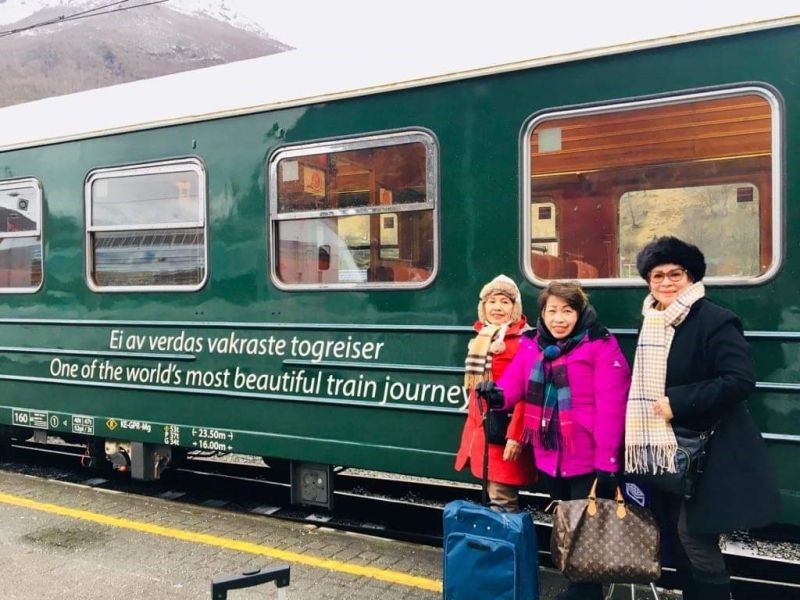 NORWAY. The author, Janet, and Zeny disembark from the Flamsbana train, described as “One of the world’s most beautiful train journey”. (Photo by Debb Bautista) 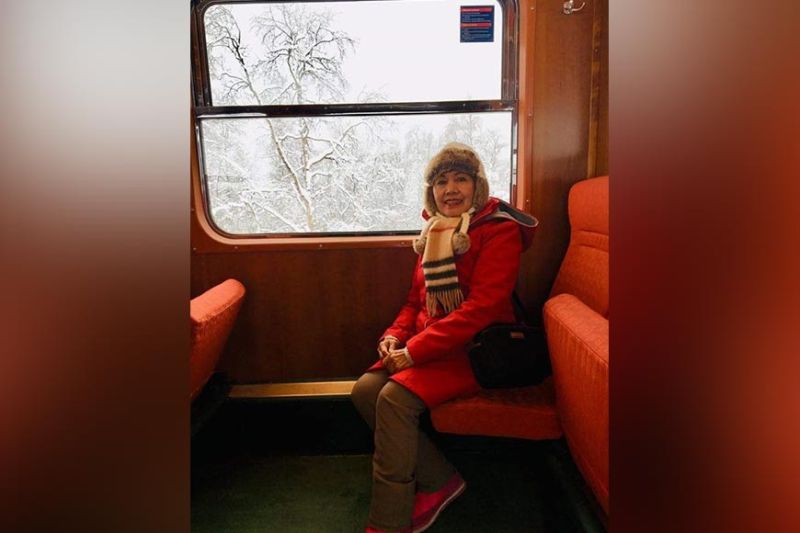 NORWAY. A breathtaking winter wonderland scenery can be viewed from inside the Flam Railway (Flamsbana train). (Photo by Debb Bautista) 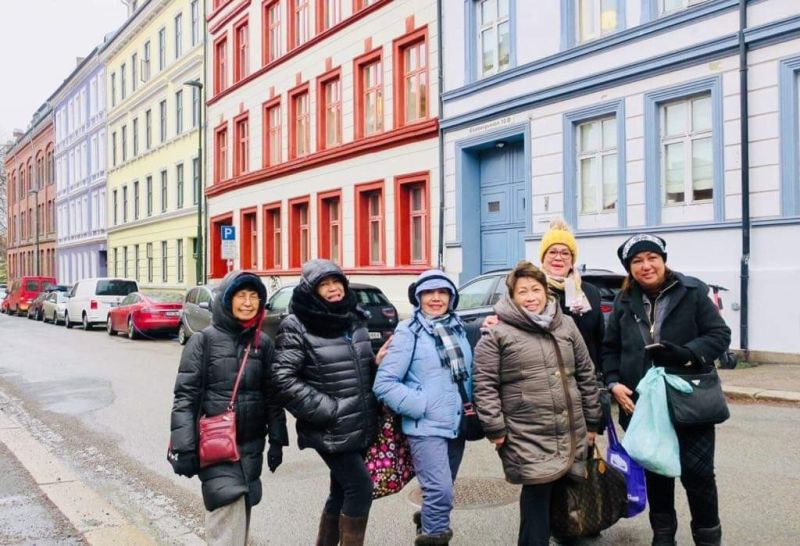 NORWAY. Moving around the Old Town (Grunerlokka) are: Genie, Emma, the author, Janet, Zeny, and Gladys. (Photo by Debb Bautista) 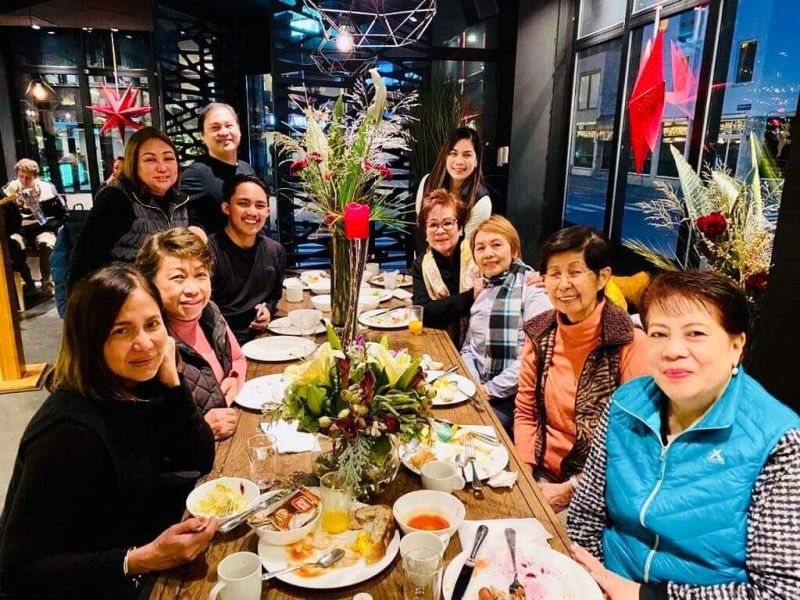 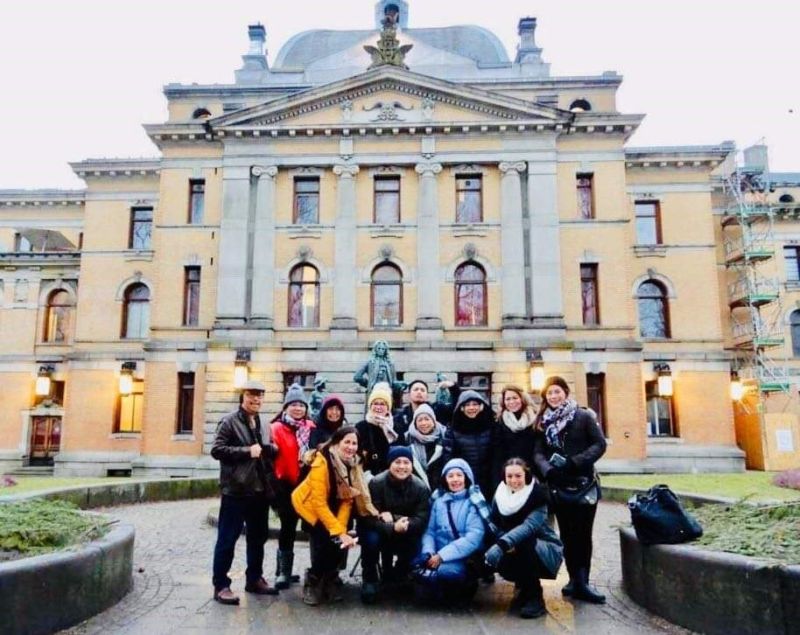 NORWAY. The group is photographed in front of Oslo National Theater. (Photo by Debb Bautista)

A GROUP of friends dreamed of a winter escapade to Norway! No regrets... as you’ll soon find out. We took a flight to Oslo, one of Europe’s growing cities. The Norwegian capital is buzzing with energy from new neighborhoods and cutting-edge food, to fashion and art scenes. Nestled between the Oslofjord and forested hills, Oslo was named European Green Capital 2019 for its dedication to environmental sustainability. Upon arrival, we set out to explore the city.

The famous Oslo City Hall building is the venue for the Nobel Peace Prize Award ceremony held every year on Dec. 10, attended by Norway’s royalty and their Prime Minister. In my opinion, the architecture is stark and looks strange, like a building from the post- Soviet era. We wandered along the main thoroughfare and came to the Norwegian Parliament House which has a prominent position and stands tall in the heart of the city. It is a classical building, attractive, and sits well in its surroundings.

Further on is the elegant National Theater, one of the various neo-classical buildings in central Oslo. The façade faces a popular square and a convenient subway station on one side. Although Grunerlokka has interesting buildings, walking paths, and nice restaurants, it is not an attraction on its own right. In other cities they might call it Old Town, but it is mostly all new in refurbished buildings.

We decided to eat lunch at Oslo Street Food, a great place with a lot of different and exciting food to choose from, including Filipino dishes! The only thing is that the place is quite noisy.

One of the highlights of our trip was a train ride from Oslo on the Flam Railway (Flamsbana - the highest railway in Northern Europe) to our hotel in Flam. It is one of the world’s steepest train rides that ascend 3,000 feet up the mountain. Traveling with Flamsbana in winter gave us the opportunity to avoid crowds, not to mention that the scenery is dramatic with snow-capped mountains and frozen waterfalls. Stops included the thundering 140-m high Kjosfossen waterfall, where the train halts for a photo opportunity.

Everyone had a good sleep in Flam, located in the innermost part of one of the world’s deepest and longest fjord, the 204 kilometer long and 1308-m deep Sognafjord. The next day found us on a Fjord cruise...