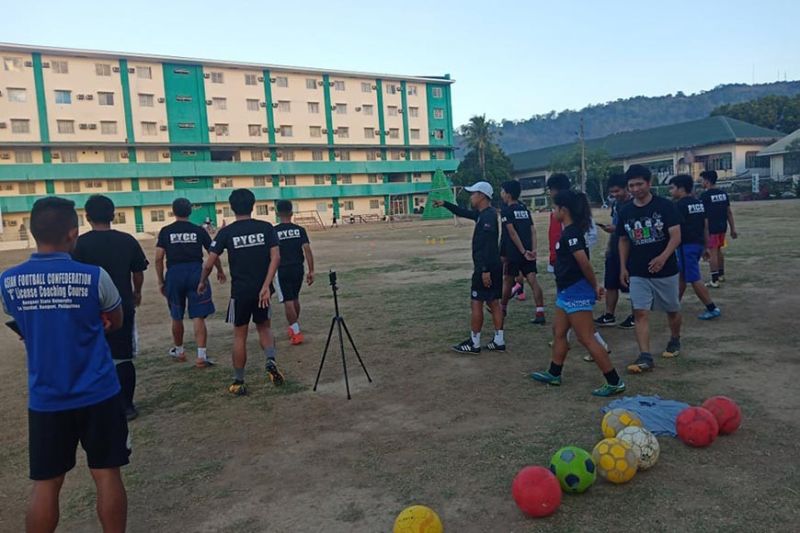 The six-day course is the introductory course to football coaching that is given by the country’s football governing body to anyone who wants to coach kids at the kindergarten level to middle school (grades 7-8).

The week-long course is offered free to all qualified participants and fully subsidized by the two organizations.

With this training, some 25 new certified coaches will be added to the current crop Asian Football Confederation (AFC) licensed coaches for both futsal and football in the city.

“The sport of football and futsal has grown so much in the last decade. Now we have 10 football clubs and more than 600 active players. Many of these athletes have played in for the national team, university varsity teams in the UAAP and the NCAA, and even in the United Football League,” Olongapo United president Robert Dy Jr. said.

Olongapo City Sports head David Bayarong said that partnerships like these “lift the quality of football and futsal to a higher level, as qualified coaches are essential in producing exceptional athletes.”

“Mayor Rolen Paulino Jr. said he is happy to see the determination and consistency of action from the clubs to improve themselves. In return, he pledges to continue to supporting sporting endeavors like this,” Bayarong added.

Paulino assigned the City Sports and the Gordon College to extend facilities and resources to ensure a successful staging of the PYCC.

Dy said the PYCC will ensure the “next generation of players are well-trained, disciplined, and committed to helping the clubs, their schools and the city, in general, to achieve the best possible results.”

“We must make sure that our athletes have the best supporting cast in their quest for excellence, from facilities, to superior training programs and coaching staff, and more importantly, a supportive community that cheers them on every step of the way,” he added.

To ensure the quality of the course, United Olongapo has limited the number of participants to 25, all of whom must be currently and directly involved with football in the city.