163 repatriates from Macau arrive in Manila 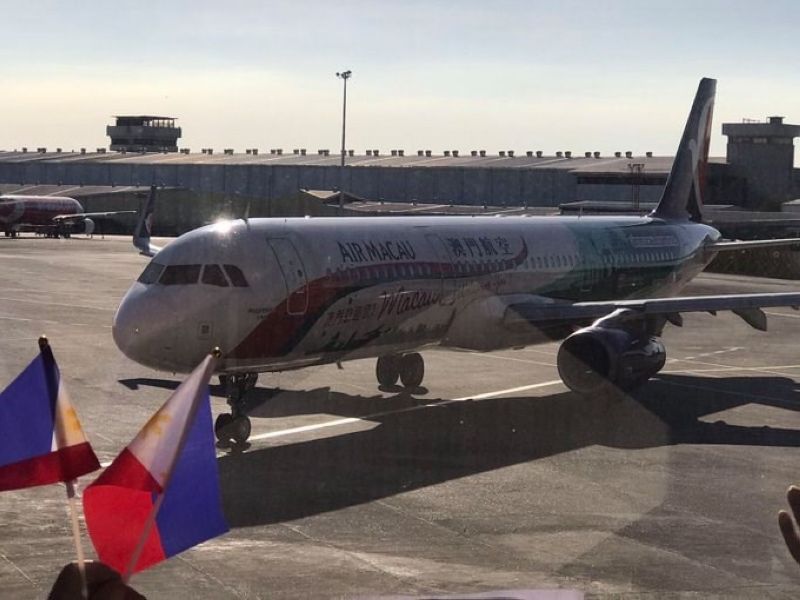 A TOTAL of 163 Filipinos from Macau were repatriated Saturday, March 7, the Department of Foreign Affairs (DFA) said.

In a series of Twitter posts, the DFA said the Air Macau chartered flight carrying the 163 Filipinos from Macau landed in Manila at past 4 p.m. Saturday.

They were assisted by officials of the Philippines Consulate General in Macau.

Presidential Spokesperson Salvador Panelo, in a statement Saturday, said the Philippines is grateful to Macau for arranging the repatriation flight in close coordination with the Philippine Consulate General.

He said the chartered flight landed at the Ninoy Aquino International Airport.

Through the efforts of the Philippine government, a total of 163 Filipinos finally boarded repatriation flight to Manila via Air Macau. The flight is expected to arrive in Manila later this afternoon. pic.twitter.com/xWfUJ42LnX

Panelo assured that the Philippine government “remains ready and is prepared in serving and protecting Filipinos here and abroad.”

This is the third batch of repatriates since the novel coronavirus outbreak began in December 2019.

The first batch of 30 Filipinos were brought home from Wuhan and have been cleared following a quarantine period of 14 days, the incubation period for Covid-19 respiratory disease.

The second batch consisted of 445 repatriates from the coronavirus-stricken cruise ship in Yokohama, Japan. They arrived on February 25, 2020 and are still under quarantine at the New Clark City in Tarlac. (MVI/SunStar Philippines)
< Previous PageNext Page >