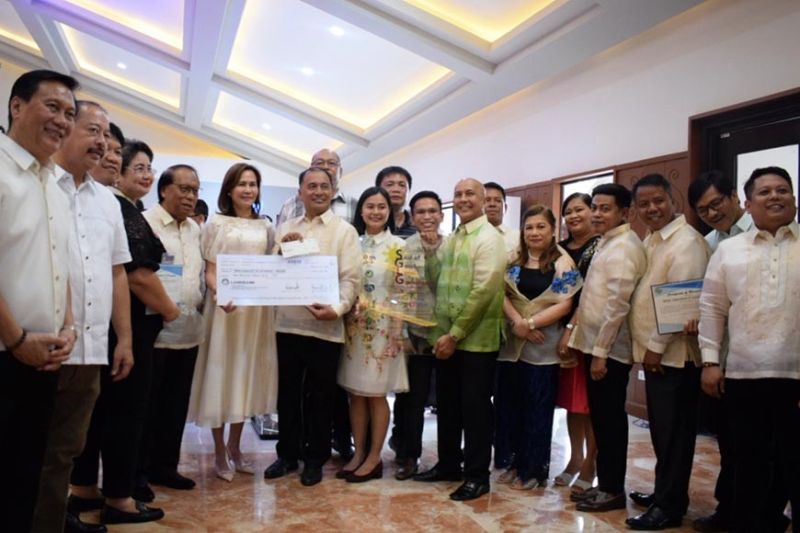 TARLAC. Governor Susan Yap (6th from left) and Department of the Interior and Local Government Provincial Director Belina Herman (6th from right) lead the awarding of recognition and cash incentive of PhP1 million each to the municipalities of Capas, Gerona, Moncada, Pura, San Clemente, San Jose, Sta. Ignacia and Victoria and the city of Tarlac for passing the 2019 Seal of Good Local Governance. (Photo from PIA-Central Luzon)

THE Provincial Government of Tarlac recognized nine towns and the city for passing the 2019 Seal of Good Local Governance (SGLG).

Governor Susan Yap and Department of the Interior and Local Government (DILG) Provincial Director Belina Herman led the awarding of recognition and cash incentive of P1 million each to the municipalities of Capas, Gerona, Moncada, Pura, San Clemente, San Jose, Sta. Ignacia and Victoria and the city of Tarlac.

The Provincial Government of Tarlac, as stated in its issued ordinance supporting the SGLG concept of DILG, shouldered the cash incentives given to the awardees in order to promote and encourage excellent performance, accountability and active participation of local government units (LGUs) in pursuing the general welfare of their constituents.

Aside from the nine towns and the city, the Provincial Government of Tarlac is also a passer of the 2019 SGLG.

Seal of Good Local Governance is a mechanism which aims to gauge the performance of LGUs and thereafter provide incentives to the awardees through monetary grants.

It has seven areas for assessment namely Financial Administration, Disaster Preparedness, Social Protection, Peace and Order, Business Friendliness and Competitiveness, Environmental Management, and Tourism, Culture and the Arts. LGUs must pass these seven areas for them to be worthy of the seal. (PIA-Central Luzon)