NCC stadium nominated for ‘stadium of the year’ 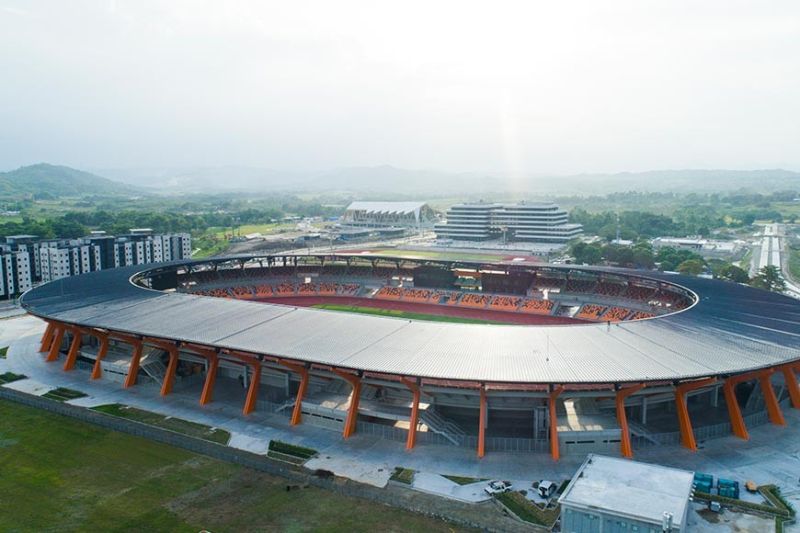 THE New Clark City (NCC) Athletics Stadium used in the 30th Southeast Asian Games (SEA Games) is nominated for “Stadium of the Year,” a recognition previously given to the Olympic Stadium in London, England.

The 20,000-seater NCC stadium was designed by the Budji+Royal Architecture+Design firm and built by MTD Clark, Inc. It is among the top ten stadiums in the world, and is in the running for the “Jury Award” in the annual Stadium of the Year awards.

The Athletics Stadium is the first sports facility in the Philippines with a track certified as Class 1 by the International Association of Athletics Federations (IAAF). It is part of the New Clark City Phase 1A development of the Bases Conversion and Development Authority (BCDA).

“To be nominated as one of the top ten stadiums proves that Filipinos can build a truly world-class facility,” said BCDA president Vince Dizon.

“The sports facilities built in New Clark City are what our athletes deserve and we hope this recognition will further inspire them.”

The annual “Stadium of the Year” Awards is a non-commercial project launched ten years ago to celebrate the best of stadium architecture.

The recognition was previously given to the Olympic Stadium in London, England, the Hazza Bin Zayed Stadium in Abu Dhabi, United Arab Emirates, and the Matmut Atlantique in Bordeaux, France.

Aside from the Jury vote, the Athletics Stadium may also win the “The Public Award.” The online voting for the said award is open until March 15, 2020 via http://stadiumdb.com/competitions/stadium_of_the_year_2019.

New Clark City is also home to the 2,000-seater Aquatics Center certified by the International Swimming Federation or Fina.