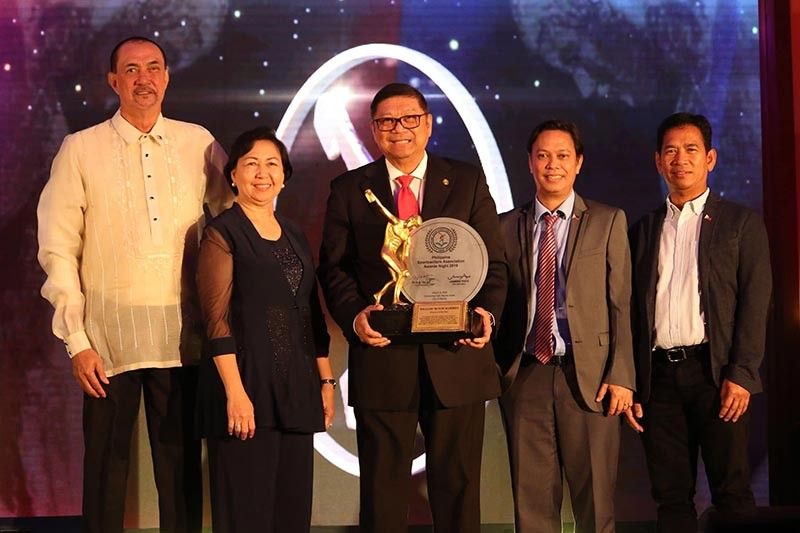 Team Philippine chef-de-mission Ramirez said, “Team Philippines deserved the highest recognition that brought honor and inspire the whole nation, that if we are united goal can be achieve through values and character.”

Hailed as PSA Executive of the Year, the PSC chief said, “It was a collective efforts of my deputy CDM, NSA officials, the POC especially our athletes whose heartaches and sacrifices are worth to be emulate and respect.”

He also said the award was not his alone, thus, he invited the PSC Commissioners to join him in claiming the PSA Award.

“I received the award with honor and pride as a Davaeno. Daghang salamat labi na kang (Thank you to) Presidente Duterte who believed in me during the trying moment of the SEAG 19 preparation. Mabuhay ang taga Davao!” he said.

“We are happy for Chairman Butch. He really worked hard for the success of the team. We were just there to help and see to it that all the athletes’ need and concerns were being addressed.”

Philippines topped the biennial games with a total harvest of 149 gold medals, 117 silvers and 120 bronzes.

PSC Commissioner Celia Kiram, meanwhile, lauded the team, saying, “Congratulations Team PH! We all win as one as number 1! We’re so proud of you! Well deserved PSA athlete of the year!”

Petecio and Marcial along with other boxers are currently in Amman, Jordan vying for Tokyo 2020 Olympic berths.

Abap executive director Ed Picson, in an e-mail to this writer, said Abap is honored to again receive the PSA recognition.

“It underscores the hard work, sacrifice and patriotism of our boxers, coaches, support staff and our benefactors. This was a collective effort and that always works,” he said.

However, he said there is still much to be done but he assured, “Our leadership, from Chairman Manny V. Pangilinan, President Ricky Vargas, down to all the rest of us in Abap, pledge to strive even more for national pride and glory.”