Editorial: Each for gender equality 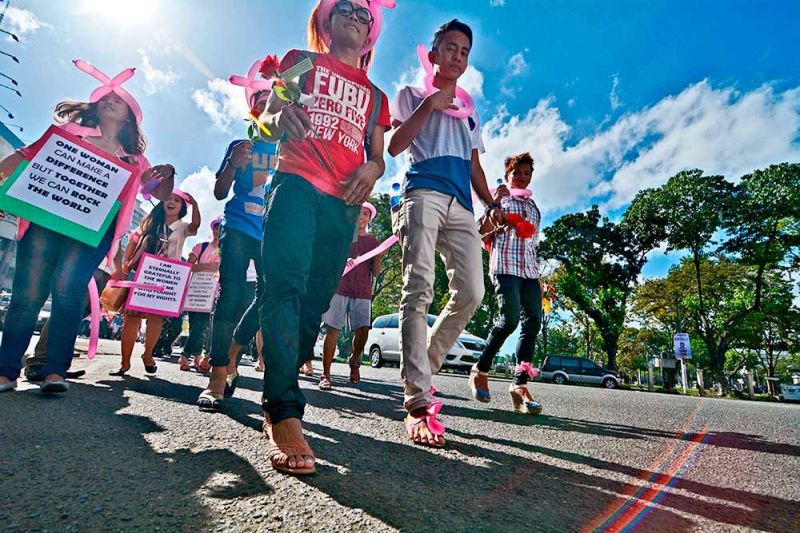 WOMEN must be conscious not to jeopardize the welfare of their fellow women through the unknowing and uncritical repetition of the very biases society holds against their sex.

According to the United Nations (UN) Gender Social Norms Index published last March 6, 2020, 91 percent of men and 86 percent of women expressed “at least one clear bias against gender equality” in the study that forms part of the 2019 Human Development Report produced by the UN Development Programme (UNDP).

The respondents from 75 countries and territories represent 81 percent of the global population. They mirror how social beliefs stand in the way of gender equality in four dimensions: political, educational, economic and physical integrity.

It is not unexpected to learn that many men are still prejudiced against women, elevating them on a pedestal that disregards their actual experiences and needs or reducing the complexity of women to one-dimensional roles that constrain them as daughters, mothers, wives, workers, artists and leaders.

In the long struggle to fight for society’s respect for women’s rights, it is as essential for women to be self-critical and vigilant against repeating and reinforcing the biases that prevent their own selves and other women from fully realizing their potentials and being empowered to act against predators and persecutors.

The dangers of women sabotaging the fight for gender equality was reinforced last March 8, officially recognized by the UN as International Women’s Day since 1975.

The 2020 theme emphasizes the power of every individual to reinforce or contest the perceptions, attitudes and behavior that have become, by repetition and naturalization, accepted as the norms and standards of society.

These mindsets explain the glass ceilings that limit women’s participation and leadership in politics and business, arenas traditionally dominated by men.

Women’s prejudice against other women explains why the reflex to blame the victim for “inviting” the violence cows many women from reporting abuses or pursuing their abusers.

During the March 6 One Billion Rising (OBR) Cebu event participated by women’s rights groups at the Plaza Independencia, Leny Ocasiones, chairperson of the General Assembly Binding Women for Reforms, Integrity, Equality, Leadership and Action (Gabriela) Cebu, denounced the alleged abuse of a woman detainee by a chief of police in Argao, Cebu, reported SunStar Cebu’s Wenilyn B. Sabalo last March 6.

A global campaign on violence against women, the OBR refers to the UN’s estimate of one billion girls and women or one out of three persons who will be raped and beaten in their lifetime.

A SunStar Cebu team reported last March 7 that a woman, reacting to a media outlet’s photo of the acting officer placed in charge of the Argao Police Station, joked that the officer’s looks may motivate many women to be detained at the police station.

The same report quotes an official of the Police Regional Office (PRO) 7 describing as “beautiful” the woman detainee reported as sexually abused by the Argao chief of police facing investigation.

Describing the physical attributes and attire of a woman subjected to abuse implies that the victim incited the abuse. Joking on social media that an officer’s looks may motivate women to seek detention is rooted in a misogynist culture that trivializes the abuses of authority and violations of the human rights of detainees.

In such insidious ways should women and men reexamine their perceptions and biases that betray the collective vision of a society liberated from all forms of violence.