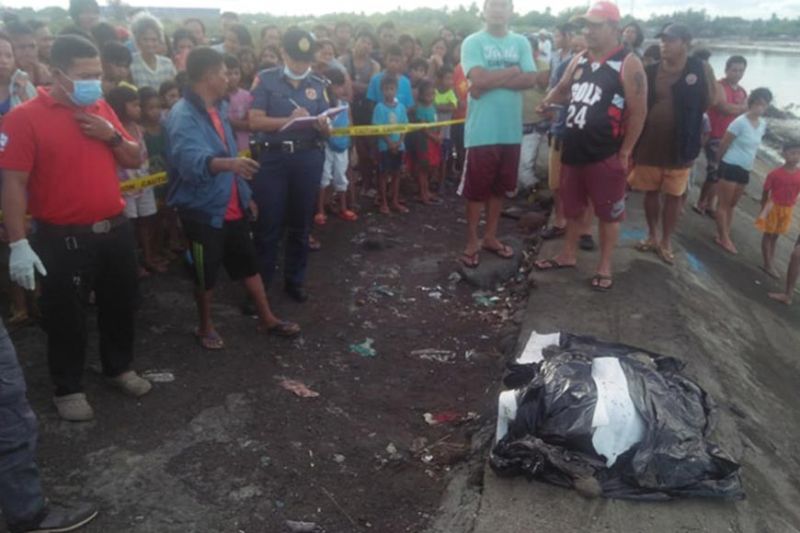 TWO persons, one of them a five-month old boy, were found dead after they were swept away by flash floods in Bacolod City Saturday, March 7, 2020.

Police identified the fatalities as Jake Lorence Tortogo, a five-month old baby, resident of Barangay Taculing, and a certain Josephine, 56, of Barangay Mandalagan.

On Friday evening, the baby boy was sleeping inside their house, which was located near a creek in Barangay Taculing, when their house was destroyed by flash flood. The baby boy went missing and was found floating in the shoreline in Barangay 35 Saturday.

Investigation showed on Friday, the baby boy was left by his parents to his aunt because they need to go to work while the 56-year-old woman also went missing on Friday.

The DRRMO along with the Bacolod City Police Office (BCPO) are conducting investigation on the incidents.

Meanwhile, about 52 locations in Bacolod City were flooded Friday night due to heavy downpour triggered by low pressure area (LPA).

Vargas said flood hit more than three barangays. Forced evacuations were implemented in some areas like in Barangays 8, 10, 12, Villamonte, Taculing, and Singcang-Airport among others.

He said there was a rainfall from 7 a.m. to 7 p.m. on Friday, March 6, 2020, and the Automated Rain Gauge in Barangay Alangilan recorded a total cumulated rainfall of 102 millimeters or equivalent to three days of rain.

He added a high tide was also recorded at 8:21 p.m. With 1.35 meters height which worsened the flooding situation in Bacolod like the downtown area, Barangays Villamonte, Mandalagan, Montevista, Tangub, and Singcang Airport.

Vargas noted the flood waters subsided after a few hours, except in Barangays Singcang-Airport and Mandalagan, which lasted until Saturday.

The City Government also deployed its vehicles including the two buses to transport the stranded passengers in some areas.

Aaron Bais, DRRMO head, said they also initiated some measures along with the Barangay DRRM committees, volunteer responders and organizations and activated the Bacolod City Emergency Operation Center to closely monitor the situation, receive and act on emergency calls and relay real-time information through the media.

He said they also mobilized the DRRMO emergency response team to assist the barangays in the evacuation procedure, rescue services, and road clearing operation which were badly needed consisting of emergency medical services team.

"We are currently living in the age when climate change makes natural disasters real. We at DRRMO had been proactively and seriously performing our mandate to implement a sound disaster prevention and disaster preparedness program through the strong leadership of our mayor so that we can be resilient should such natural events take its toll, with the support of every Bacolodnons," he added.

The DRRMO will also hold a meeting with Mayor Evelio Leonardia this week.