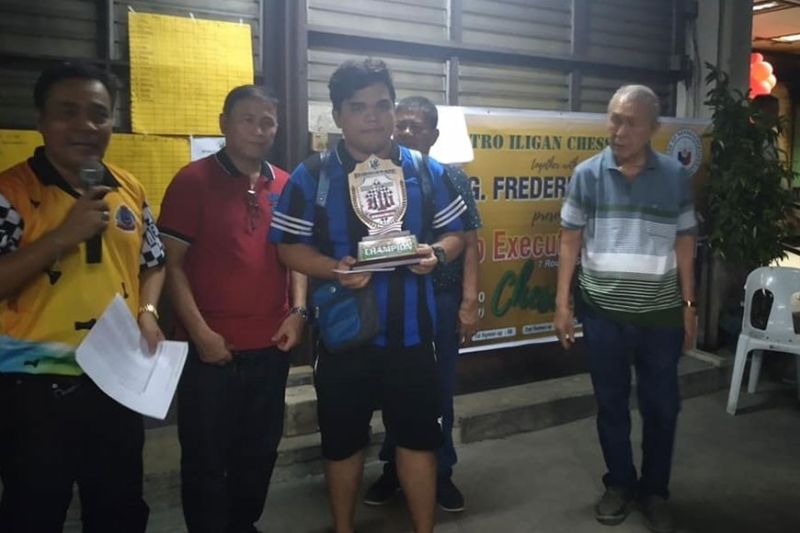 FORMER Palaro player Julius Ablin proved that he still has the tricks when he topped the recent MICC-Jack Dasmarinas Birthday Chess Tournament in Iligan City.

Ablin actually finished in a tie with Romeo Minoza at six points, but claimed the P2,000 top purse and the championship trophy via superior tiebreak points.

At third and fourth places with 5.5 points apiece were Bengt Largo and Bernard Madrazo.

(Even if it’s a small tournament but still important because that is the basis in choosing who will represent Iligan team in future events.)

(Also, it serve as preparation because there is a planned match between Cagayan de Oro and Iligan in the future.)

He split the points with Largo in Round 3 and Bernard Madrazo in the penultimate sixth round.

Close to 50 players had participated in the day-long tourney, using the semi-long game format with 45 minutes time control plus five seconds increment.