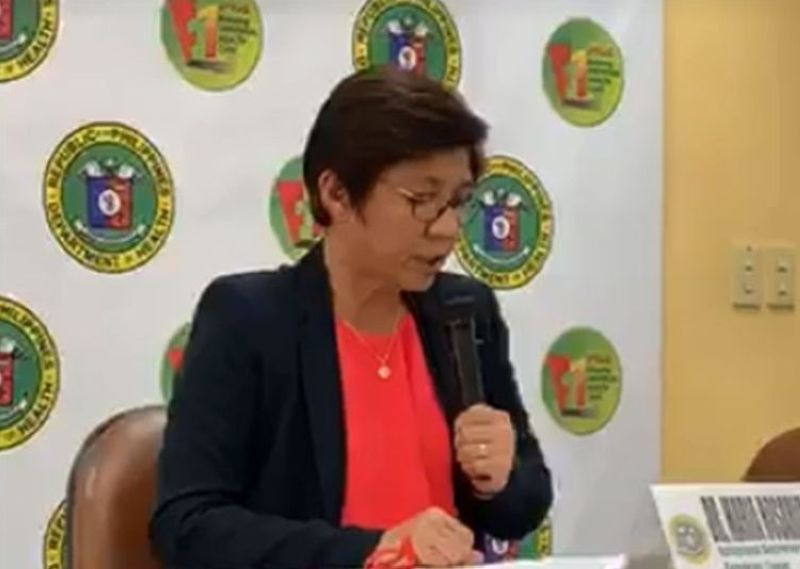 At past 9 p.m. Monday, President Rodrigo Duterte announced in a press conference that four more Covid-19 cases were confirmed, bringing the country’s total to 24.

He said the four new cases were reported in West Crame, San Juan, Sta. Maria in Bulacan, and Project 6 in Quezon City—all in Metro Manila.

He gave no other details of the cases but said the Government has the money to combat Covid-19.

“I assure you, we have the money and we can defeat the virus,” he said.

* In Central Visayas, there are no more patients under investigation (PUI) and people under monitoring (PUM), DOH 7 Director Jaime Bernadas said in a press conference Monday, March 9.

They will be trained on how to wear and dispose of personal protective equipment (PPE) such as protective suit, mask and gloves; how to take nasopharyngeal and oropharyngeal swabs; and how to identify and respond to food- and water-borne diseases.

The BHWs will be on the frontline to respond to persons who manifest Covid-19 symptoms, Villa said.

* In Mandaue City, an isolation ward or unit for a PUI has been set up within the compound of the Mandaue City Hospital.

It can accommodate one patient at a time, but the hospital staff can put up a divider if there are two patients, John Eddu Ibañez, executive secretary of Mayor Jonas Cortes, said.

* Screenings at the domestic and international terminals of the Mactan-Cebu International Airport (MCIA) will be intensified, Bureau of Quarantine 7 Chief Terrence Anthony Bermejo said.

* Qatar has temporarily banned the entry of travelers from the Philippines and 13 other countries, starting March 9, 2020.

* Starting March 11, travelers coming from Iran and Italy will have to undergo the mandatory 14day quarantine.

Cebu Gov. Gwendolyn Garcia said they have agreed to include Italy and Iran in the coverage of the quarantine since these countries have recorded triple-digit deaths.

She met with heads and representatives of ports authority, police, health, quarantine, education, and immigration offices at the Capsparking itol on Monday to map out more measures in response to the spread of Covid-19 in the Philippines.

Garcia said they have agreed with the Department of Health on plans to distribute ascorbic acid or vitamin C to students, especially elementary pupils, to boost their immune system.

* Classes will go on in Cebu Province because “at this point, there is no reported local transmission in Cebu,” the governor said.

* The Commission on Elections (Comelec) has suspended voter’s registration from March 10 to March 31.

Assistant Health Secretary Maria Rosario Vergeire said the DOH received the test results on the 10 new cases Monday morning and they did not have a complete profile yet on these patients.

She said the 10 new confirmed cases are confined and isolated in referral hospitals for treatment.

She said teams have been deployed to do contact tracing for all the new cases.

The first three cases involved Chinese nationals. Two of them were discharged after recovering from the disease, while one died due to severe pneumonia.

The fourth, fifth and sixth cases involved Filipinos—a 48-year-old employee of a consultancy firm in Taguig City who traveled to Japan; a 62-year-old man who had no history of travel outside the Philippines, and his 59-year-old wife, both from Cainta, Rizal.

Patient 7 is a 38-year-old Taiwanese who had contact with a Taiwanese national who tested positive after returning to Taiwan from the Philippines. He is admitted at Makati Medical Center in Makati City.

Vergeire said the DOH will announce the names of the hospitals where patients 11 to 20 have been admitted once they receive complete information about their profile. She said they have no information yet on whether these 10 new cases are related to the first 10 cases. (Pooled report)