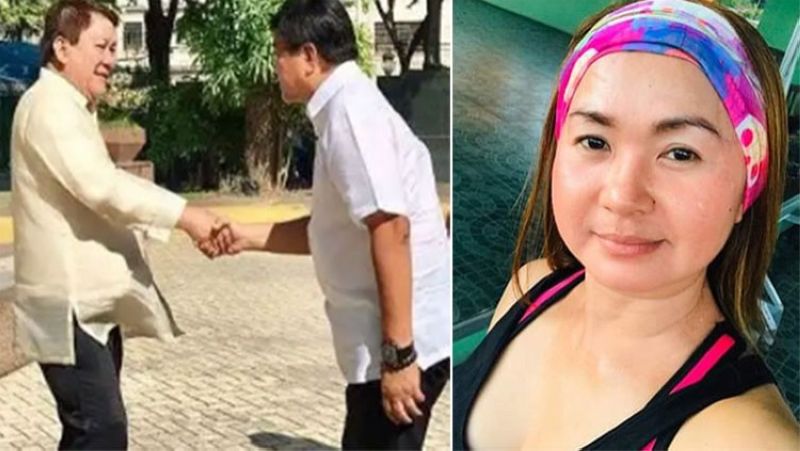 The date of the meeting was not disclosed and it was a chance meeting "at a wake" where the two rival politicians found themselves seated beside each other.

It was the kind of encounter media loves to watch, as it did on June 12, 2019 when the then outgoing mayor and the incoming mayor shook hands during the Independence Day celebration at Plaza Sugbo. Photos of that meeting were widely publicized.

It is usually awkward for both personalities, especially in that meeting last year when the bruises of the election results still showed and hurt. Labella commented then: "I admired Mayor Tom for being gracious in shaking hands and gracious in the result of the election." But they have to show civility because people are watching.

To some of his enemies, however, Tomas is known to disregard civility and show what he really feels by rejecting an offer of a handshake.

[2] NUMBER OF VIRUS-INFECTED PEOPLE IN THE PHILIPPINES: 35, with 11 additional cases as of Tuesday morning (March 10), per Department of Health posting.

[3] EVENTS LEADING TO QUINCENTENNIAL CELEBRATION RESCHEDULED. The reason: "in light of recent developments" regarding Covid-19. Check out the website of the National Quincentennial Committee. The activities include a general assembly of the Local Historical Network, the International Conference on Historical and Cultural Cooperation, the Quincentennial Lecture Series, and the launching of the National Memory Project. All the four events have Cebu City as their venue, except the lectures which will be held in Pasay.

Jail term if fine is not paid

A broadcaster now based in Dumaguete City, who had worked as news reporter in Cebu City for more than 11 years, won a libel complaint against the host of a Negros radio block-time program and was awarded P50,000.

Last week, Regional Trial Court Judge Leoncio Bancoro ruled against Cahilog, finding him guilty of libel and ordering him to pay P50,000 each to Baesa and Pepino or serve jail time if he cannot pay.

Baesa served as news reporter, then news editor and news director of Manila Broadcasting Co.'s dyRC, then Cebu's No. 1 radio station, for 11 years and five months (from April 1, 1987 to August 1998).

She moved to dzRH in Manila, working there for one year and a half (from September 1998 to February 2000) as news reporter and writer of news stories fed to its sister stations in the provinces. In 2003, she started working for Negros Broadcasting Co. where she migrated and worked as broadcaster at the "Original" Energy FM. She is now manager of the station owned by Ultrasonic Broadcasting System.

The libel complaint filed by Baesa and Pepino against Cahilog alleges that the radioman repeatedly called her a liar in an April 12, 2014 broadcast in his program "Kandos" over dyGB-FM. It appeared that Cahilog was defending the governor and his wife against whom attacks on radio were allegedly made by Baesa and Pepino.