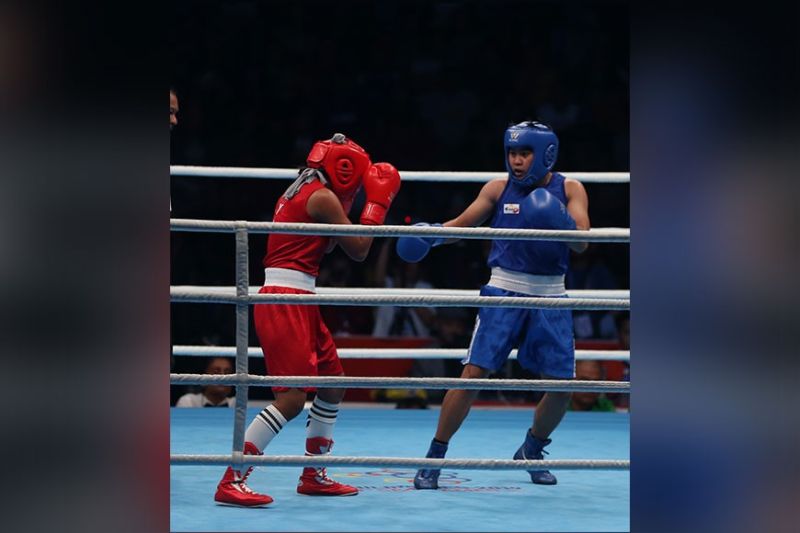 The 27-year-old 30th Southeast Asian (SEA) Games 2019 gold medalist absorbed a shocking 1-4 defeat at the hands of 19-year-old Irie whom she eliminated in Ulan-Ude, Russia during the 2019 Aiba Women’s World Boxing Championship. It can be recalled that Petecio crushed Irie in the World quarterfinals on the same note, 4-1.

“Clear punch (ako) makita man sa video. Pero wala nata mahimo. Pildi ko og dawaton nako na (My punches were clear, you can watch the video. But we can no longer do anything. I lost and I accept that),” Barangay Tuban, Sta. Cruz native Petecio, who started her amateur boxing career in Davao City, told SunStar Davao in a Facebook interview yesterday, March 10.

Irie took the first round, 3-2. However, point was deducted from Petecio for excessive holding, thus, Irie gained the upperhand in the second round, 3-2.

Petecio said the point deduction affected her focus. “Start sa dula ako lang ginabantayan sa ref ambot ngano. Nag reklamo gani ko niya ngano ako lang pirmi. Iyaha ko giingnan nga ‘shut up don’t talk’ (From the start, the referee seemed to be giving me a tight watch. I even complained to him but he only told me to shut up),” she recalled.

Petecio apologized to her fellow Filipinos, saying, “Ngayo ko og pasensya ninyo tanan kay nabigo mo nako. Salamat kaayo sa inyoha suporta og pagtuo nako. Unta mag padayun mo na suportahan ko og tuohan ko. Dili man pabor sa akoa ang panahon karun, pildi man ko. Mubalik ko og mas malig-on pa para inyo, sa akoa pamilya, sa Ginoo og sa inang bayan. Salamat kaayo pasensya na jud (I’m sorry for letting you all down. Thank you for your support and belief in me. I hope you continue to support and believe in me. It may not be my time now `coz I lost but I will come back stronger for you, for my family, for God and for the country. Thank you and I am sorry).”

Association of Boxing Alliances in the Philippines (Abap) executive director Ed Picson, in an e-mail interview, said Irie came well prepared as it was already their third encounter.

“So the Japanese girl had a strategy ready. She went in and out and when Nesthy attacked, she clinched. Unfortunately in one of the clinches, the referee decided it was Nesthy who was holding and so she was deducted a point. After that, Nesthy admitted she got distracted with what she thought was an unfair decision by the referee,” Picson said, adding that she can still join another Olympic qualifying event in May.

Irie, in an Olympic Channel report, was surprised by her feat.

The Japanese was quoted as saying, “I can’t believe I defeated the world champion to get this ticket to Tokyo 2020. When I fought Petecio at the world championships I felt a lot of pressure, but today I fought bravely and am so happy I got the win.”

Earlier, Filipino Eumir Felix Marcial grabbed a ticket to Tokyo Olympics after stopping Byamba-Erdene Otgonbaatar of Mongolia in a third round referee-stopped contest (RSC) during their men’s middleweight clash.