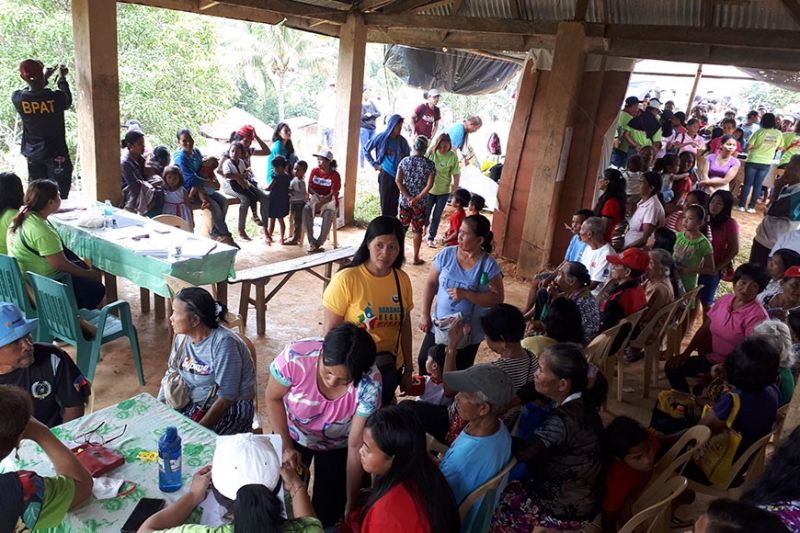 HINOBAAN Mayor Ernesto Estrao assured residents of Barangay Damutan they will receive various projects including road that will cut travel time and ease transport woes from their area to the town proper.

During the Serbisyong Negrosanon Para sa Hinobaan-on under the retooled community support program (RCSP), he said a 28-kilometer road project is already underway at a total cost of P450 million and construction could begin by early 2021.

World Bank is funding the project under the Philippine Rural Development Project (PRDP) with counterpart each from the provincial and municipal governments, the mayor said.

The Local Government Unit has also tapped sources from the Office of the Presidential Adviser on the Peace Process (OPAPP) to give power to 18 sitios of the town including Barangay Damutan through the Negros Occidental Electrical Cooperative (Noceco) that will begin this year.

Meanwhile, the barangay is also set to benefit from a P15-million irrigation project.

He said these projects coincided with the identified needs of the people that surfaced during the Focus Group Discussion held with the different sectors in the community-farmers, women, youth and the senior citizens, among others.

“We would like the people to plan for their own peace and progress, own it because it is theirs. We would like them to have a sense of ownership of the projects,” he said.

The remote barangay is situated 300 meters above sea level and is a geographically isolated and disadvantaged area (Gida).

“There can be no peace and progress without cooperation. We will take action on your concerns and not just talk. All issues we have gathered will be relayed to the concerned agencies,” Estrao said during the closing of the two-day camp out caravan in Brgy. Damutan. (PR)