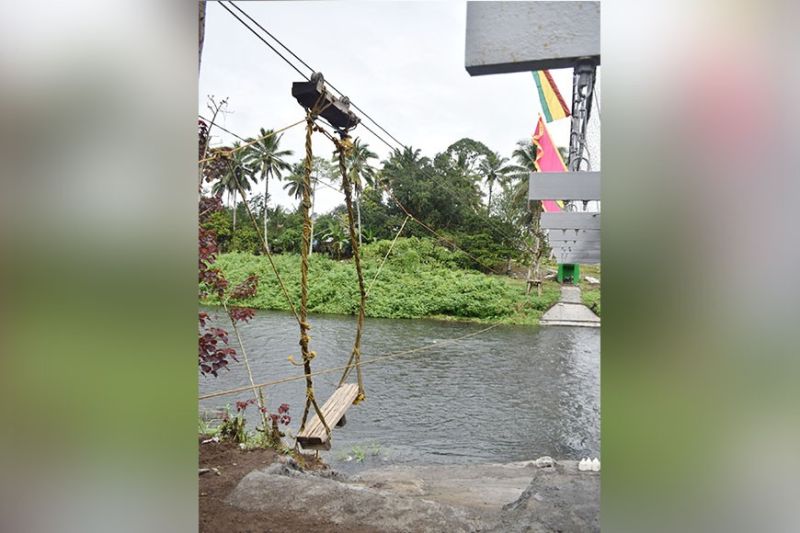 MASIU. The swing tied to a pulley to cross one to two persons or loads one at a time to the other side of the river. This was the only way to cross the raging river before the completion of the Bangsamoro Hanging Bridge because the boats they used before broke down because of the strong currents and the rocks in the river (Photo by Riz P. Sunio) 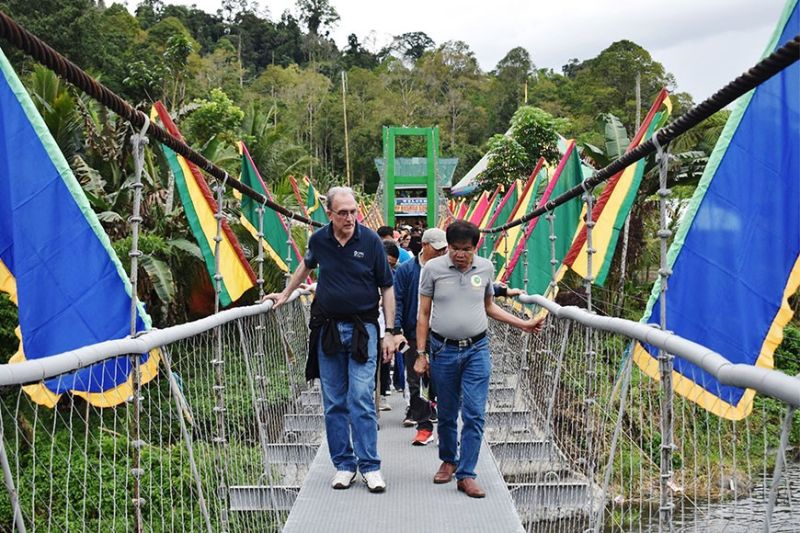 MASIU, Lanao del Sur -- As if climbing about 400 steps back and forth from the highway isn’t hard enough for the people of Barangay Sawir, mobility in the secluded barangay is impeded further because of the river in Camp Bushra.

It also allows farmers in the area to have better access to the community, the market, and other places “to improve their socio-economic condition,” according to Member of the Bangsamoro Autonomous Region in Muslim Mindanao (BARMM) Marjanie Mimbantas in his Facebook page.

The project was implemented by the Mindanao Trust Fund - Reconstruction and Development Project Phase 2 (MTF-RDP/2) of Community and Family Services International (CFSI) in partnership with Bangsamoro Development Agency (BDA Inc.) and administered by The World Bank.

MTF was also a product of the Comprehensive Agreement on the Bangsamoro (CAB). This project is funded by various development partners and international donors to “support transitional assistance for post-conflict reconstruction and development in conflict-affected areas in Mindanao, according to MTF-RDP/2 Project Brief.

Before, when the Meranaws of Masiu cross the river, they used ropes and pulleys fastened with a swing which is two feet in length to cross people and even large loads over the strong currents. The river is also too rocky that the boats they used to have to cross the river did not last long.

BDA Executive Director Windel Diangcalan said that the bridge is not only a bridge but is an important matter in peace affairs in the Region.

“[This bridge] is also a bridge is to social justice,” he added.

Cosain Batuampar, Rural Infrastructure Engineer-II of BDA Inc., said that continuing the construction of the bridge was difficult because of how hidden the place is in the mountains.

About 70 people and horses were used to move construction equipment and materials to and fro.

Furthermore, it had become difficult to find skilled welders who would be willing to go to the camp because of the fear of lawless elements.

During the turnover ceremony, Engr. Batuampar expressed how thankful he is for the people who never gave up on the project.

Member of the Barmm Parliament Jannati Mimbantas also said that even if it is just a bridge, the project was meant to extend its benefit for generations to come.

Before the handover ceremony ended, MP Jannati Mimbantas called for the attention of everybody in the stage.

“Why won’t we call it ‘Bangsamoro Hanging Bridge’? It would be ‘lantay o kalilintad’ (Bridge of Peace),” he said.

The crowd looked pleased with the idea.