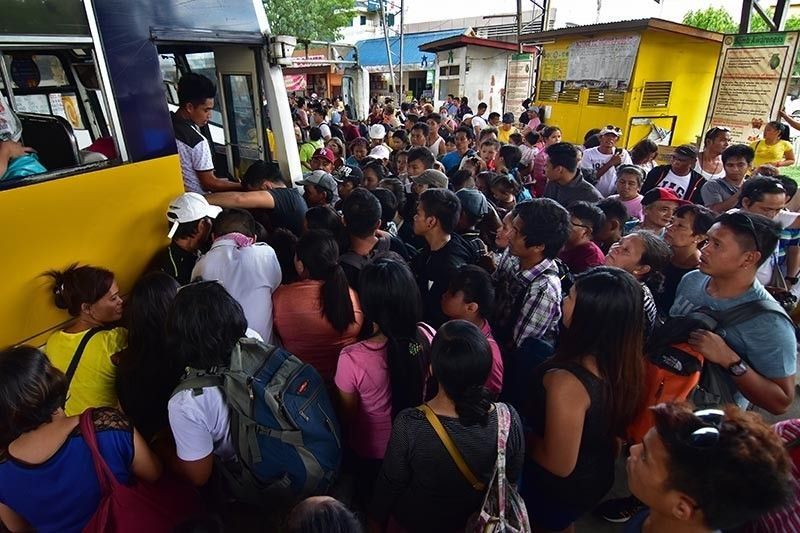 WITH the rise in Covid-19 cases in the country over the last five days, Health Secretary Francisco Duque III said on Wednesday, March 11, that the objective now is to delay the epidemic peak to be able to mobilize resources.

This may de done through social distancing, which means avoiding crowds and keeping oneself at least an arm’s length away from other people.

Duque, however, admitted that achieving this is a challenge among the poor and the commuters who have to queue daily for a ride.

Duque said he will meet with the Department of Health technical advisory group to address this challenge.

As of Wednesday, the government has promoted social distancing by suspending classes in all levels in both public and private schools in Metro Manila, where all 33 Covid-19 cases were reported.

President Rodrigo Duterte ordered the suspension until Saturday, March 14. The Department of the Interior and Local Government (DILG) followed up with a directive enjoining parents to keep their children at home and prevent them from going to the mall and other crowded areas.

A total of 33 Covid-19 cases has been recorded in the Philippines as of Wednesday, with 30 of these confirmed only in the last five days.

President Duterte declared a State of Public Health Emergency on Sunday, March 8, based on the DOH confirmation of local transmission. (MVI/SunStar Philippines)