Italy passes 10,000 infections as clusters spur worry in US 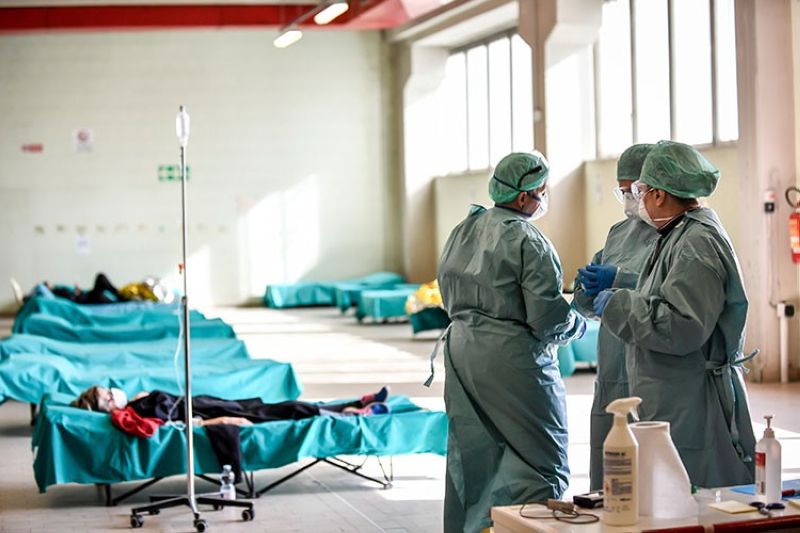 ITALY. Medical personnel work inside one of the emergency structures that were set up to ease procedures at the hospital of Brescia, Northern Italy, Tuesday, March 10, 2020. (AP)

ROME -- Expanding clusters of the new coronavirus were eyed warily Wednesday, March 11, as the outbreak upended daily life and reshaped everything from the United States presidential race to Pope Francis’ travel.

In the US, the caseload passed 1,000, and outbreaks on both sides of the country were stirring alarm, while in Europe, an increasingly locked-down Italy counted more than 10,000 infections and recorded soaring deaths among its aging population.

“Right now, the epicenter — the new China — is Europe,” said Robert Redfield, the head of the US Centers for Disease Control and Prevention.

Rome’s usual boisterous hum was reduced to a whisper as Italy’s 62 million people were told to mostly stay home. Though shops, cafes and restaurants remained open, police around the country were enforcing rules that customers stay 1 meter (3 feet) apart and certain businesses shutter by 6 p.m.

Authorities said 631 people have died of Covid-19 in Italy, with an increase of 168 fatalities recorded Tuesday. The health crisis was dealing a serious blow to the country’s economy — the third-largest of the 19 countries using the euro — and threatened instability worldwide.

Markets across Asia dropped Wednesday despite Wall Street’s gains a day earlier. Investors seemed encouraged by promises by US President Donald Trump of a relief package to cushion economic pain from the outbreak. Governments around Asia and elsewhere have also announced billions of dollars in stimulus funds, including packages revealed in Japan on Tuesday and Australia on Wednesday.

“Investors are still worried that those fiscal stimulus packages may not be able to contain the virus outbreak as well as to mitigate the impact on the economy,” said Louis Wong of Philip Capital Management.

For most, the coronavirus causes only mild or moderate symptoms, such as fever and cough. But for a few, especially older adults and people with existing health problems, it can cause more severe illnesses, including pneumonia. More than 119,000 people have been infected worldwide and over 4,200 have died.

The virus has disrupted travel, closed schools and halted manufacturing in places around the globe.

The Vatican’s representative to the half-island nation of East Timor said Wednesday that an expected visit by Pope Francis, though never made official, would not happen later this year.

In the US, dozens of cases were being tied to a conference in Boston, and leaders in multiple states were announcing curbs on large events. Colleges around the country emptied their classrooms as they moved to online instruction and uncertainty surrounded the upcoming opening of the major league baseball season and college basketball’s championships. Even the famed buffets of Las Vegas were affected, with some of the Strip’s biggest being closed in a precautionary measure.

“It’s terrifying,” said Silvana Gomez, a student at Harvard University, where undergraduates were told to leave campus by Sunday. “I’m definitely very scared right now about what the next couple days, the next couple weeks look like.”

New York’s governor said National Guard troops would scrub public places and deliver food to a suburb where infections have spiked. In Washington state, where a Seattle-area nursing home was the center of an outbreak, officials said the virus had spread to at least 10 other long-term care facilities. In California, thousands of restless passengers remained stuck aboard a cruise ship, waiting for their turn to disembark to begin quarantines.

Two men vying to take on Trump in the US presidential election abruptly canceled rallies Tuesday and left open the possibility that future campaign events could be impacted, too. Trump's campaign insisted it would proceed as normal, though Vice President Mike Pence conceded future rallies would be evaluated “on a day to day basis.”

It was all evidence of the continuing westward push of the virus. In China, where it first cropped up, officials said they’d counted only 24 new cases on Wednesday.

In a reversal of positions, China is seeing new cases brought in from overseas. In Beijing, the capital, all the new cases of Covid-19 reported on Wednesday came from outside the country, five from Italy and one from the United States.

"The epidemic situation is at a low level and the prevention and control are continuously going well," said Mi Feng, spokesman for the National Health Commission.

The other major outbreak site in Asia, South Korea, continued to report improving numbers, too, with 242 new cases announced Wednesday. Still, a cluster of infections connected to a call center in one of the busiest areas of that country’s capital was raising alarms. (AP) 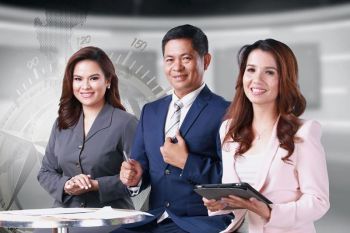