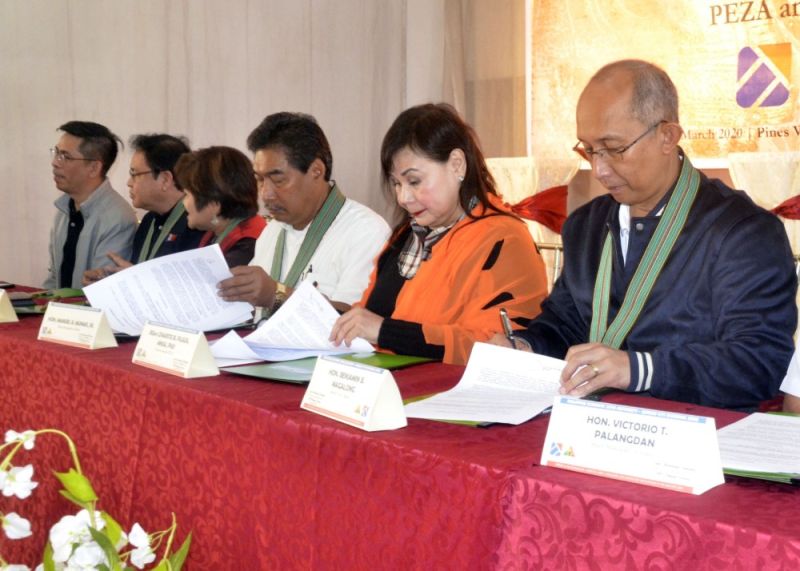 A RELOCATION plan for illegal settlers in Loakan is eyed once expansion plans push through.

Charito Plaza, Philippine Export Zone Authority (Peza) director general said a pact with indigenous peoples is being eyed to be able to utilize over 30 hectares of land under the Presidential Decree giving the area to the Peza.

Plaza said there are 69 hectares dedicated to the Peza but is only able to use 28 hectares because the remaining areas are being occupied illegally.

The Peza official said a request to the City of Baguio has been made for the possible expansion of Peza in the bid to get more investors to buy into the city zone.

Baguio Mayor Benjamin Magalong said an expansion of land for PEZA may be farfetched but will look into illegal settlers in the area so the agency can utilize land and maximize investments for the city.

Magalong said an investigation will be conducted.

Peza earlier signed agreements to marketing promotion during the Baguio – La Trinidad – Itogon – Sablan – Tuba – Tublay (BLISTT) Council meeting on March 6 to acquaint the municipal executives with the various investment opportunities that economic zone investors are offering and determine which ventures are suitable for their communities.

The establishment of eco-zones in the countryside was one of the modifications done by Peza to revolutionize its service apart from the expansion of the types of economic zones allowed depending on the “land potential and available resources in the city or province” where these will be hosted.

Last week, Peza partnered with the city of Baguio City and the Benguet towns of La Trinidad, Itogon, Sablan, Tuba and Tublay for creation of new economic zones that can help spur community development through investment and job creation opportunities.

Plaza led the memorandum of agreement signing during the joint celebration of Peza’s 25th and the Baguio City Economic Zone’s 41st anniversary.