Ang on entry of ships from China: ‘Leonardia was left with no choice’ 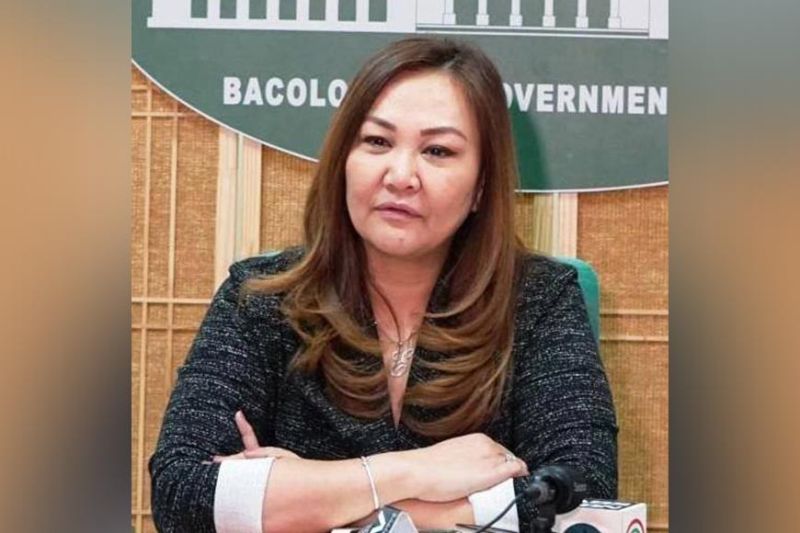 BACOLOD City Administrator Em Ang supported the move of Mayor Evelio Leonardia for the issuance of Executive Order (EO) No. 12 modifying the Executive Order No.11 relative to the letter-directive received on March 6 from the Department of the Interior and Local Government (DILG) to comply with Department of Health (DOH) order as a matter of national issuance of the national government and the oversight power of the Office of the President delegated to the DILG.

“The tone could not have been clearer and stronger. Mayor Leonardia was left with no choice but to comply,” Ang said.

She said in spite of existing DOH and other national agencies guidelines, Mayor Leonardia was the only mayor in the country to issue an executive order banning all vessels arriving from China, Hong Kong and Macau.

“He did that extreme action in his sincere desire and which, in his personal view, was a way to ensure the safety of Bacolod City from any possible contamination of the novel coronavirus disease (Covid-19). He was simply motivated by his concern for the health and well-being of his constituents,” she added.

On Monday, Leonardia issued EO No. 12 modifying the Executive Order No.11 relative to the letter-directive received on March 6 from the Department of the Interior and Local Government (DILG) to comply with Department of Health (DOH) order as a matter of national issuance of the national government and the oversight power of the Office of the President delegated to the DILG.

Leonardia earlier said they need to issue a corresponding executive order after they received a letter from DILG secretary Eduardo Año.

Ang said that Mayor Leonardia has put the health and safety of Bacolodnons on top, in coming up with his executive orders on Covid-19 but because he was overruled by the secretary of the DILG, he was left with no choice but to follow the DILG directive and amend EO No. 11, however, the subsequent reversal of such, has now made him the target of unfair public criticism.

Ang stressed for that bold and innovative step and going the extra mile, he should be lauded, instead of being viciously attacked.

“What the DILG exactly wants Mayor Leonardia to do is follow what is being followed by all other mayors in the country because there are already existing national rules governing the entry of these vessels. Nevertheless, in his amended EO, the mayor provided other extra strict precautionary measures,” Ang said.

In fact, she said that DILG secretary also commended the Bacolod mayor for his decision, Ang added.

On his letter addressed to Leonardia, Ano said that they recently received a copy of Executive Order No.11 Series of 2020 entitled “ An order banning the entry of any and all vessels coming or arriving from China, Hongkong, and Macau into any Bacolod seaports to prevent the spread of the 2019 Novel Coronavirus Acute Respiratory Disease (Covid-19).

“At the outset, the Department acknowledges and commends your effort to stay true to your responsibility as the chief executive of the city to protect the health and welfare of your constituents. However, upon reading the aforesaid EO, we not that it contradicts the recent issuance of the Department of Health, Department Circular No. 2020-0034 dated February 2020 entitled “Guidelines at all seaports for prevention and spread of coronavirus” in so far as outrightly banning all cargo vessels from or arriving from China, Hongkong, and Macau to any Bacolod seaports, It is, therefore, the position of the Department that the EO is not in accordance with the DOH Circular,” Ano said.

“In this regard, you are hereby directed, pursuant to the oversight power of the President as delegated to the undersigned to ensure that the EO is in accordance with national government issuance,” he said.

In EO No. 12 dated March 7, which modifies EO No. 11 issued by the mayor on February 26, Leonardia stated that vessels from China, Hong Kong and Macau may be permitted to dock in any port of Bacolod or any place these ships may be served under its territorial jurisdiction provided that strict directives under the DOH Circular No. 2020-0034 and 2020-0034-A will be complied with.

However, as an added protective provision, the modified EO provides that hygienic practices and preventive sanitary measures shall be implemented at all times.

Ang said the EO is clear that there will be “no disembarkation of any crew of subject vessels may be allowed at any time.”

Section 2 of the EO stated that the hygienic practices and preventive sanitary measures shall be implemented at all times, to wit: no disembarkation of any crew of the subject vessels may be allowed any time; no embarkation or boarding of the subject vessels by any person shall be allowed at any time for whatever purpose or purposes, except for persons/ personnel specified in the following paragraph 2.3 or the persons/ personnel that may be allowed to embark/ board the vessel whether on anchorage or vessel-at-berth provided that quarantine clearance had already been accomplished with the free pratique duly issued by the Bureau of Quarantine and these persons upon boarding the vessel shall were protective gear at all times.